Like novels and movies, mobile games have been part of our daily life. As 5G is coming, what will games be?

Future of Gaming in Zero Latency

Through Internet, people from all over the world can play games together. That is also the core idea of modern games. Unfortunately, Internet latency is always blocking Internet-connected games. But 5G may overcome this difficulty because it features high transfer speed and ultra-low latency. Last year, in the fighting game tournament EVO Japan, BANDAI NAMCO announced to collaborate with NTT DOCOMO. They planned to expand 5G trials in Tekken 7, a fighting game with highly operational accuracy, and they launched a questionnaire survey.

In the survey, 91% of respondents were satisfied with the speed and stability when they played games with 5G networks which is as stable as the fiber networks. If the future 5G networks can response extremely accurate operation in the fighting games, it will overturn the current conception of network connections. Meanwhile, the fast, smooth experience will spur the hot e-Sports to a new level. In the future, we will be able to enjoy e-Sports anywhere at any time.

Future of Gaming in 5G

Games in the Cloud

Ahead of 5G appearance, the conception and the relative services of the cloud-based gaming have been in use, such as PlayStation Now. Unfortunately, the cloud-based gaming doesn’t work well with the limits on the technology, like high latency and image degrading, compared with the conventional local games. But, in the future, 5G’s high speed will allow us not to download games and Apps anymore but to play with caches like viewing online pages. In this way, hardware configurations will not block gaming. We can easily get access to the top visual and audio enjoyment via the Internet.

Meanwhile, 5G will omit many cables. When we use VR devices,  the faster data transfer will facilitate us to feel dizzy. That is to say, 5G will make remote operation a reality in the future. For example, we can control vehicles, robots and other entertainment items in remote distances which can achieve multiple experiences but avoid risks in moving.

Virtual reality as our reality

From the beginning of video games, we get used to operating the consoles to interact with the virtual contents. What the future games will be as the 5G technology is advancing? “Virtual reality” and “mixed reality” may be where the 5G gaming will go. That is to say, virtual reality will be mixed with physical feedback in the gaming world.

As for the mixed reality, a hot film in 2018, Ready Player One directed by Steven Spielberg, has to been mentioned. In the film, through the combination of VR and AR, the strongly immersive, virtual gaming world is produced. It seems the background settings in the film is a little bit extravagant, it absolutely shows 5G’ s features, high speed, low latency, low energy consumption and high connection density, and they fulfill the requirements on VR. Of course, it is still not put into practice. We believe that 5G is not far away from us, opening up a whole new world of gaming.

Nowadays, video game design, video websites and live platforms tell us the idea of innovation and sharing. Especially, 5G network will make video sharing easier in future. Do you want to record the game when you get the MVP in Overwatch, or the fantastic shooting in APEX Legends?
Have you ever been confused no easy software can record your excellent gaming performance? If you want to share the your gaming videos with your friends, Screen Recorder in Renee Video Editor Pro can help you!

How to Record PC Games via Renee Video Editor Pro

What does Screen Recorder do?

How to record screen:

Step 2: Select the target screen and audios, and then set the output position.

Step 3: In Settings, you can set the output format, recording quality, resolution and FPS.

Step 4: Finally, back to the homepage and click [Record] to begin recording.

Zoom in while recording

It allows users to scale up the recording screen in proportion, 1.5x to 4x bigger than the original size. Users can scale up the important images when recording. The hotkey is F7.

It allows users to add text and image watermark. Click the button [+] at the bottom-left to add the watermark. Then you can set transparency, rotate and adjust the position. You can also enable watermark scrolling.

With this function, users can monitor the actions of the mouse. You can not only set the embed cursor in recording but also add the mouse single/double click effects, which can greatly facilitate those who want to make explanations for viewers.

Users can screenshot at any time, even though they do not record screens. You can set the file format before screenshot. The hot key is CTRL+ALT+F4.

Users usually execute screen recording in the specific time under the specific conditions, like online meeting and shows. Auto-recording plan can help you at this moment. You can set the plan in the homepage at the bottom-right.

As you set the auto-recording plan, the Recorder will execute the plan automatically.

Jennifer Thatcher : 5G telecommunications is coming. At present, all smart phone suppliers are planning 5G products. In the essay, we...

Amanda J. Brook : YouTube is an American video-sharing website viewed by 1 billion people. Although you cannot directly save the videos... 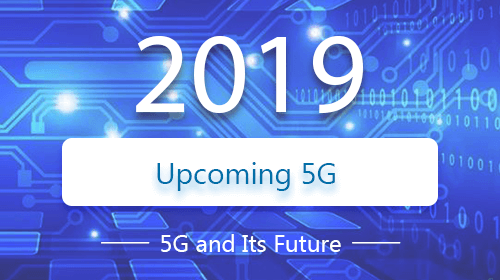