To ensure the security of data, account and password, and confidential files, encryption is very important. Here, we will introduce AES 256 algorithm and encryption software which use this algorithm.

Part 1: What is AES 256
“The Advanced Encryption Standard (AES), also known by its original name Rijndael is a specification for the encryption of electronic data established by the U.S. National Institute of Standards and Technology (NIST) in 2001. AES has been adopted by the U.S. government and is now used worldwide. It supersedes the Data Encryption Standard (DES),which was published in 1977. The algorithm described by AES is a symmetric-key algorithm, meaning the same key is used for both encrypting and decrypting the data.” – from Wikipedia

AES, Advanced Encryption Standard, is a common symmetric-key algorithm which means the same key is used for both encrypting and decrypting the data. The key size could be 128, 192 and 256 bits. Generally, more bits of the key, harder will be to cracked the encrypted data.

Quick encryption Encrypt files in virtual disk promptly and support to save files at any time.

Well protection Utilize the AES256 algorithms and support to encrypt various files in the private format.

Quick encryption Encrypt files in virtual disk promptly and save files at any time.

For Details
Part 2: Characteristics of AES 256
Comparing with similar encryption algorithm, the encryption speed of AES is quite fast. For example, the speed could reach hundreds M/s in AES-NI with X86 server. Encrypting data with AES 256 will need 40% extra time than that of AES 128. The extra time will be spent on creating 4 round key and related SPN operation. However, AES 256 provides better security than AES 128. Following is the comparison of 3 different key lengths of AES.
Part 3: Encryption Software with AES 256
AES is a popular encryption algorithm. Following will introduce some encryption software which takes advantage of AES 256. 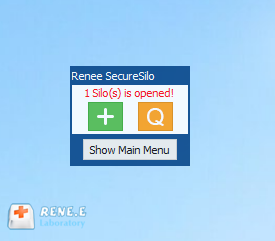 Encrypt files in seconds Encrypt files with virtual encrypted disk and whole process can be finished in 1 second.

Easy to use Few clicks for whole encryption process.

Free TrialFree Trial 800 users have downloaded and protect data!
How to lock files with Renee SecureSilo:
1. Download and install Renee SecureSilo. For new users, set a password. Next time when launching the software, enter the password to use. 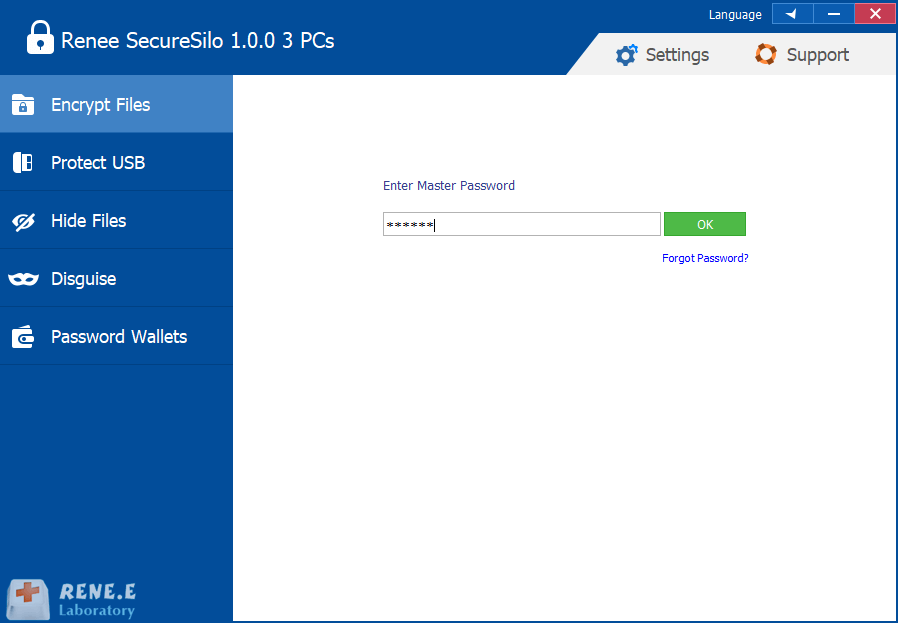 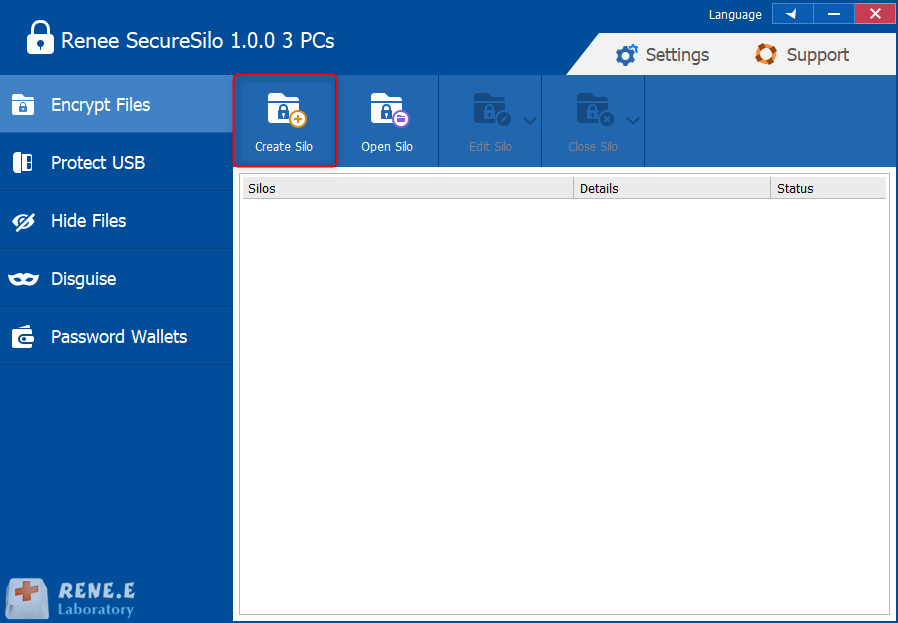 3. Name for the disk and set the storage position. Then, click [Next]. 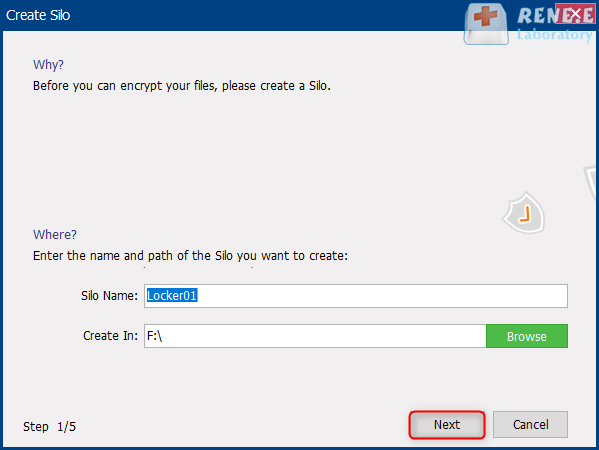 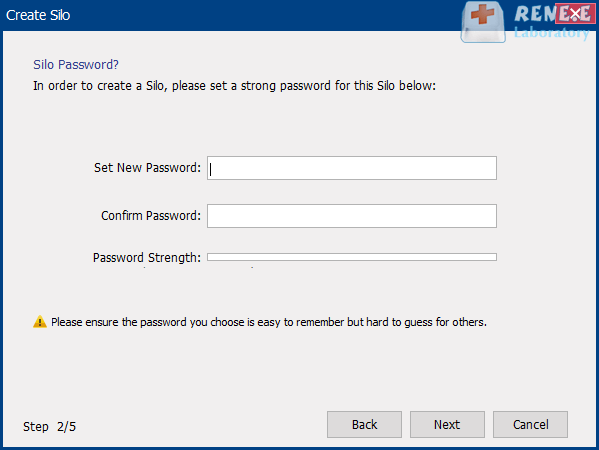 5. Select a size for the disk. Also, click [Next] to continue. 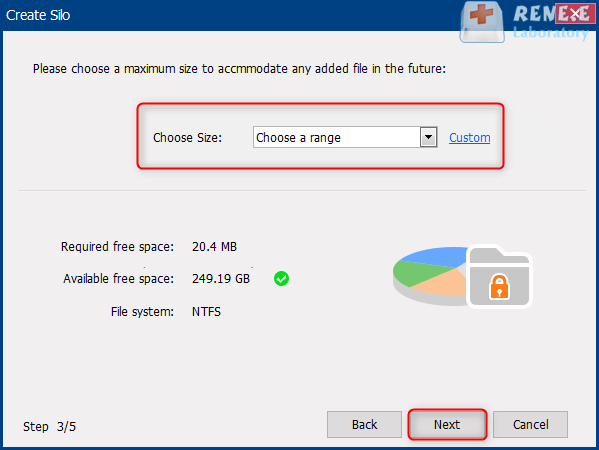 6. Soon, the virtual disk will be created. Place the important files into the disk to lock. 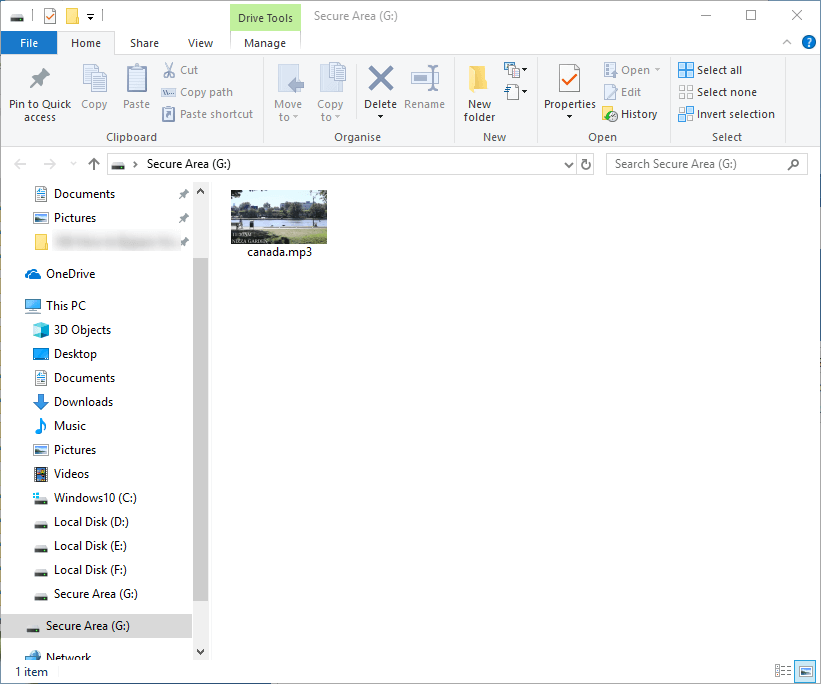 7-zip, a open source software, can be applied in different computers. This software gets a high compression rate by using LZMA and LZMA2. Besides, it also adapts AES 256 algorithm. 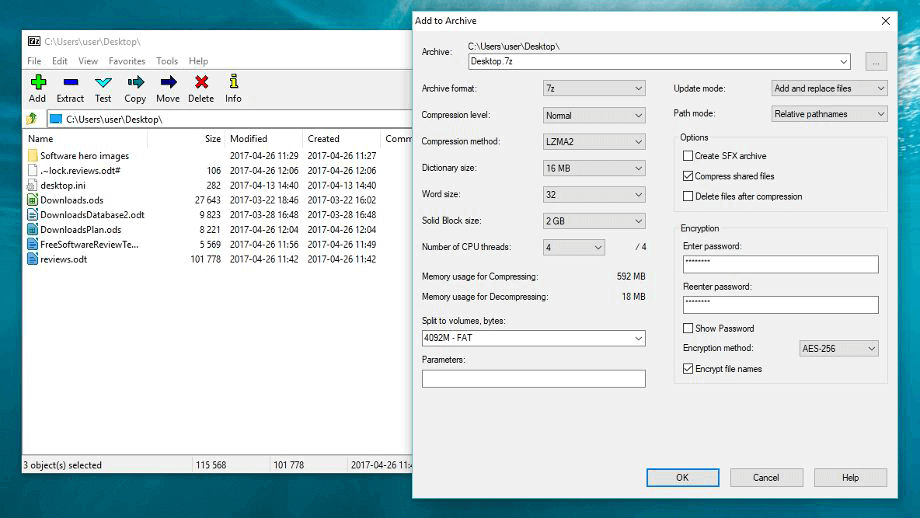 DemeritsThe compression consume too much time.

Renee SecureSilo, taking the AES 256 algorithm, can create virtual disk to protect data, protect USB disk, hide file, disguise folder and provide password wallet function. All these functions make it much better and useful than the other 2 encryption software. When you want to encrypt data, Renee Secure Silo is a good choice.

How to Use BitLocker? Any Alternative Software?

Amanda J. Brook : Being a built-in Windows encryption software, BitLocker can encrypt whole disk. How does it work? Follow us.

How to Set a Password on a Folder and File

Amanda J. Brook : If we want to prevent personal data from leakage and get better protection, we can set a password...

Protect data and password information in a safer way!