Have you ever used USB disk to transfer data? I think nearly every one will say yes when they are asked such question. Since computer have become an important role in our daily life and work, using flash drive to transfer data is so common among us. But here we have a question: Is the USB disk you used will keep data inside securely?
Because flash drive sometimes will expose your data in risks, such as corrupted, lost or get stolen. If the lost flash drive saved classified personal or even business files, users or enterprise may suffer a lost. So, when need to transfer some high-ranking classified data, using a encrypted flash drive seems to be essential.

What is Encrypted Flash Drive?

Encrypted flash drive is a USB disk which need you to get through a default password requirement process before accessing data inside. And advanced encrypted flash drives usually encrypt data with AES 256 Encryption which can provide best protection to data inside.
Data encrypted with AES 256 Encryption nearly can not be cracked. Even using the most advanced computer which can try 2 billion password combinations every second, the cracking process will need ten to the power of 50 years.
Encrypted Flash Drive comes with a small chip that handles data encryption. Because such disk encrypt and decrypt data with hardware, the password of this drive will not be saved in computer memory. It is nearly impossible to crack it with any cracking software.

Flash Drive encrypts data with this method will ask users to enter the correct password before accessing data inside the flash drive. After connecting the encrypted flash drive to computer, a windows will pop up and users will be promoted to enter the password. This decrypt method meet most computer users’ habit.

Flash drive encrypts data with such method will have a physical keypad on the disk. Users will be promoted to enter the pre-created password before allowing access to the drive. The password will be save in the encryption chip, which can be encrypt data inside within computer keyboard.

Kingston’s DataTravelerLocker G3 encrypts data with AES256 Advanced Encryption. Users will be required to enter the password once connected to computer. Besides, the drive will lock down and reformat after 10 failed login attempts, so users can rest assured that their data is safe – even if the drive is lost or stolen.

DT2000 from Kingston could be regard as the flagship product of encrypted flash drive. The reasons lie on its hardware-based, AES 256-bit data encryption in XTS mode, which can provide better protection than CBC or ECB mode. Besides, adaping
with physical PIN keypad, encryption will be done on the drive and no trace of the PIN is left on the system. And the drive will be lock down and reformat after 10
failed login attempts.

If you want to transfer large files with flash drive and encrypt data inside, we recommend you to try Lock File function for external disk in Renee File Protector. It can password protect any files and folders inside the external disk without limitation on files size or number. 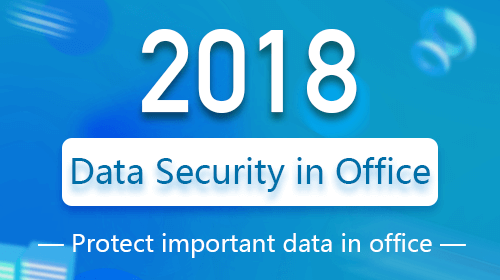