Sony Vegas is the famous video editing software with the powerful editing functions. Users can use the application to edit the videos, such as editing, merging, adding effects, adjusting color and editing subtitles. In this essay, we will talk about how to split video screen with Sony Vegas.

Part 1: What is Sony Vegas?

Part 2: How to Split Screen with Sony Vegas?

Part 3: How to Split Video Screen with Renee Video Editor? 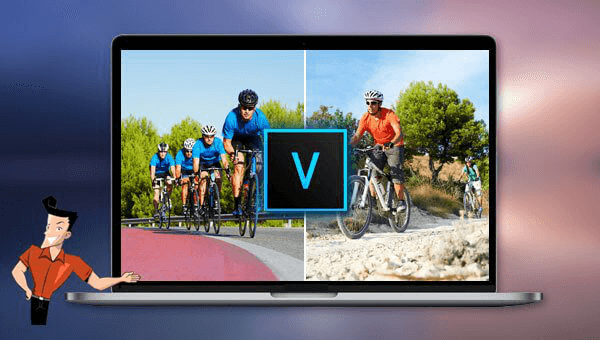 Part 1: What is Sony Vegas?
Vegas, or Vegas Pro, is a video editing software package for non-linear editing (NLE) originally published by Sonic Foundry. On 24 May 2016, Sony announced that it had sold Vegas to MAGIX, who would continue supporting and developing the software.
Vegas Pro specializes in video/audio editing. Users can edit videos in different ways, such as merging videos into one, adding special effects, adjusting color, reducing noise and mixing sounds. It also offers some special functions. For example, it can turn the shaking video into a fluent clip; its flash controlling filter can greatly reduce the video flash emitted by the neon light and the other lights. It supports many video formats, such as MP4, MOV, MPEG-2, MPEG-1, AVI and WMV. Besides, the audio formats (e.g. AAC, MP3, OGG Vorbis, WAV, WMA and FLAC) and the image formats (e.g. BMP, PNG, JPG, TIFF) are supported by this application.
After learning about Vegas, we will talk about how to split video screen with Sony Vegas.
Part 2: How to Split Screen with Sony Vegas?
Follow these steps to split video screen with Sony Vegas.
Step 1: Download and install Vegas Pro. Open the application and import several videos into its media library. Then, drag the videos into the below timeline one by one. Right click at the timeline and select [Insert Video Track]. After that, a new video timeline appears. Adjust the video orders on the timeline. 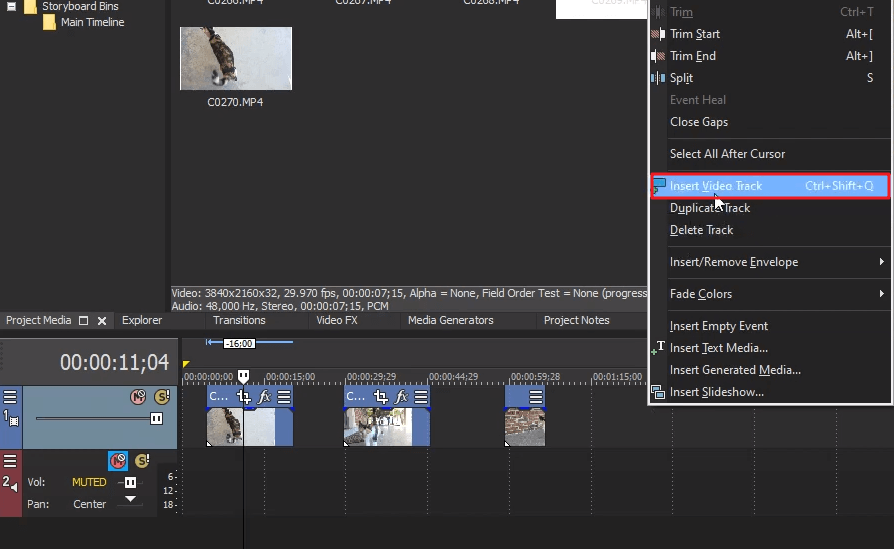 Step 2: Click on [Video FX] and select [Picture In Picture]. Next, at the right [Preset] pane, select the video style. Drag and put the option onto the video. 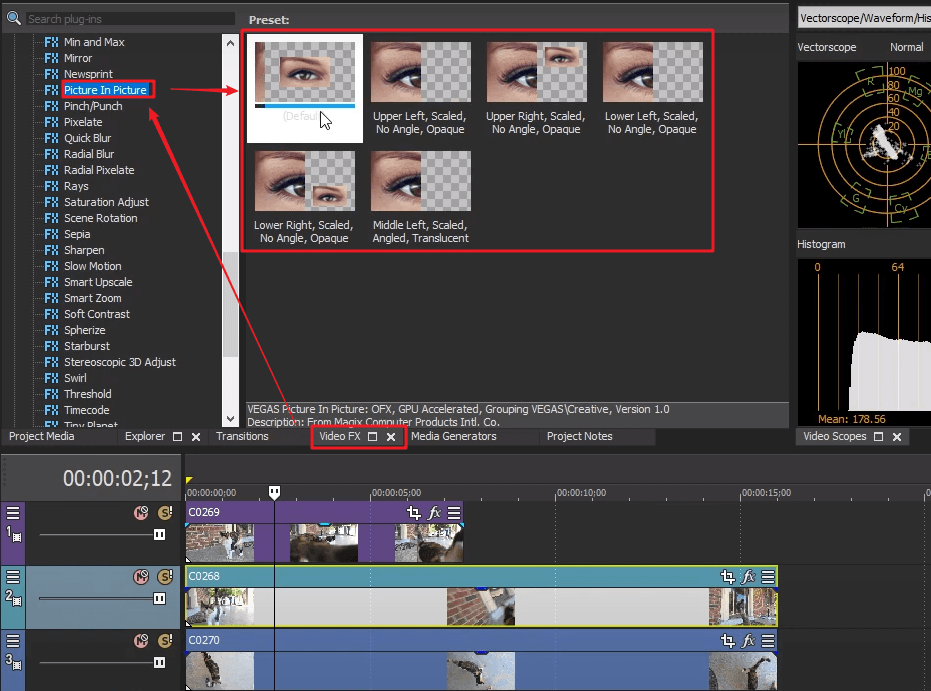 Step 3: Click at the icon next to [Fx]. After that, set the related parameters, such as angle, scale and opacity. Repeat this operation for the other videos. Export the edited video as all operations are finished. 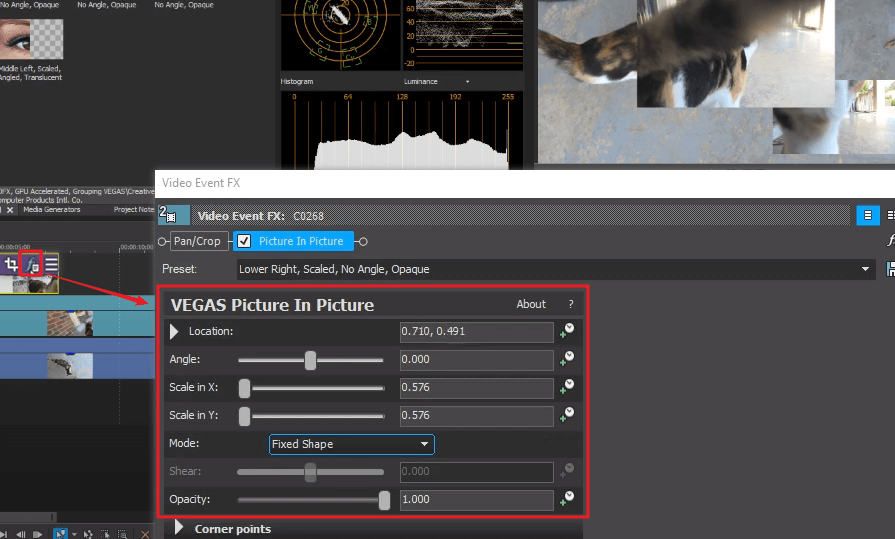 These are the steps to split video screen with Sony Vegas. If you think the application is complicated, you can try the following tool.
Part 3: How to Split Video Screen with Renee Video Editor?

1. What is Renee Video Editor?

Renee Video Editor is the multifunctional video editing software which can not only convert various formats, such as WMV, AVI, MP4, M4A, MOV and MKV, but also recommend the suitable formats for your devices. Besides, it offers many editing tools used to merge videos into one, cut and crop video, add subtitles/watermark/effect/background music, and convert video to GIF.
The software is clear and easy to use. Even though you are a beginner, you can easily use the software to edit videos.
Renee Video Editor – Multi-function Video Editing Software

2. How to Use Renee Video Editor?

You can split a screen into pieces with Renee Split Video Screen Maker. It allows users to select the same video and play different clips at the same time on the same screen. Of course, you can select the different videos.
Step 1: Download and install Renee Video Editor. Open the software and click on [Video Split Screen]. 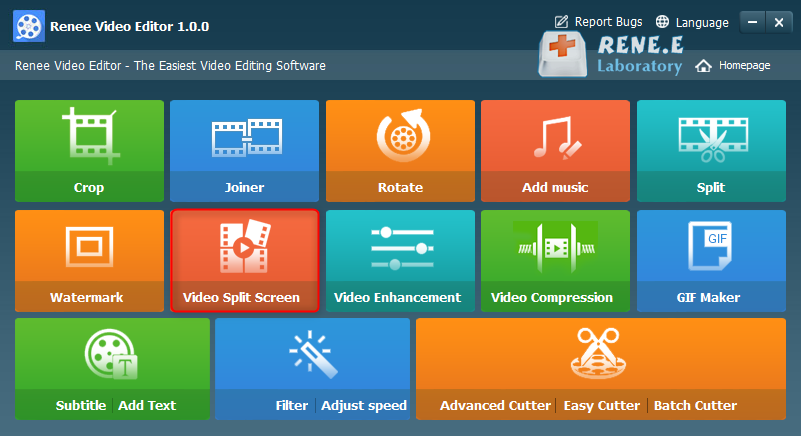 Step 2: Select [Template] at the left side, and then select one of the types. Next, click at the [+] icon to select one or more videos. 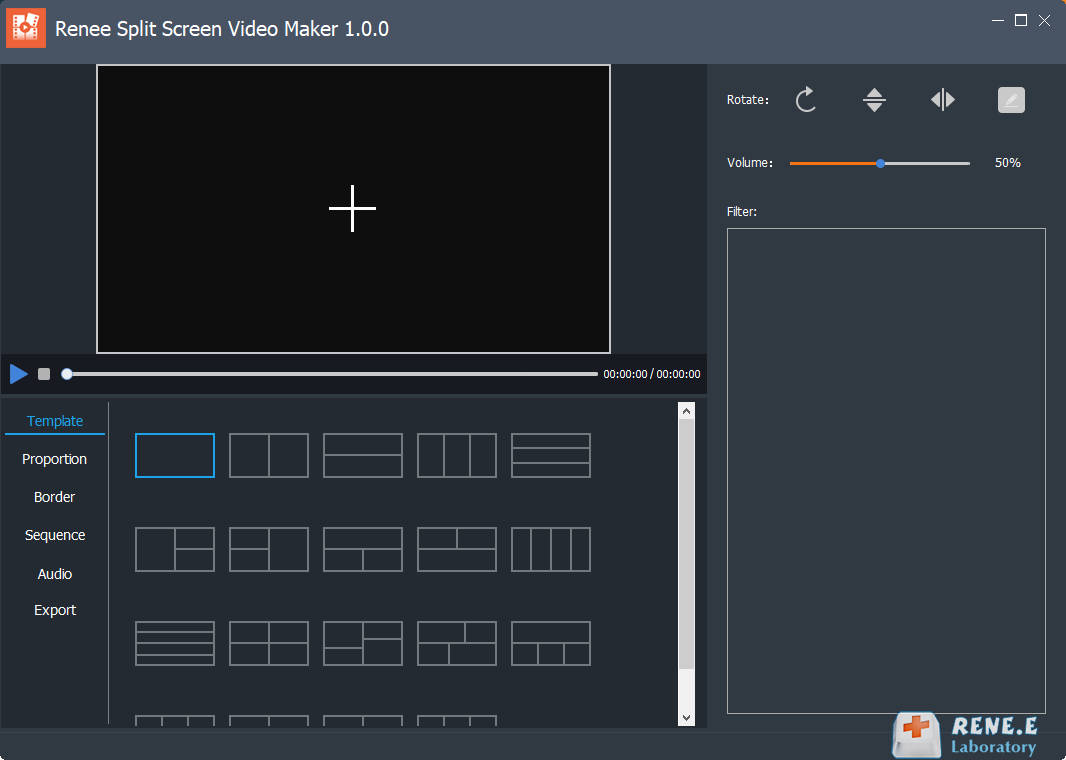 Template: Split a screen into pieces and put 2 to 5 videos into different areas.

Border: Select the width and color of the video border.

Sequence: Select to play simultaneously or in order.

Audio: Add the audio file and set as background music.

Step 3: Select each video and set the part that is to be played. Then, select the proportion, the border and the other options. 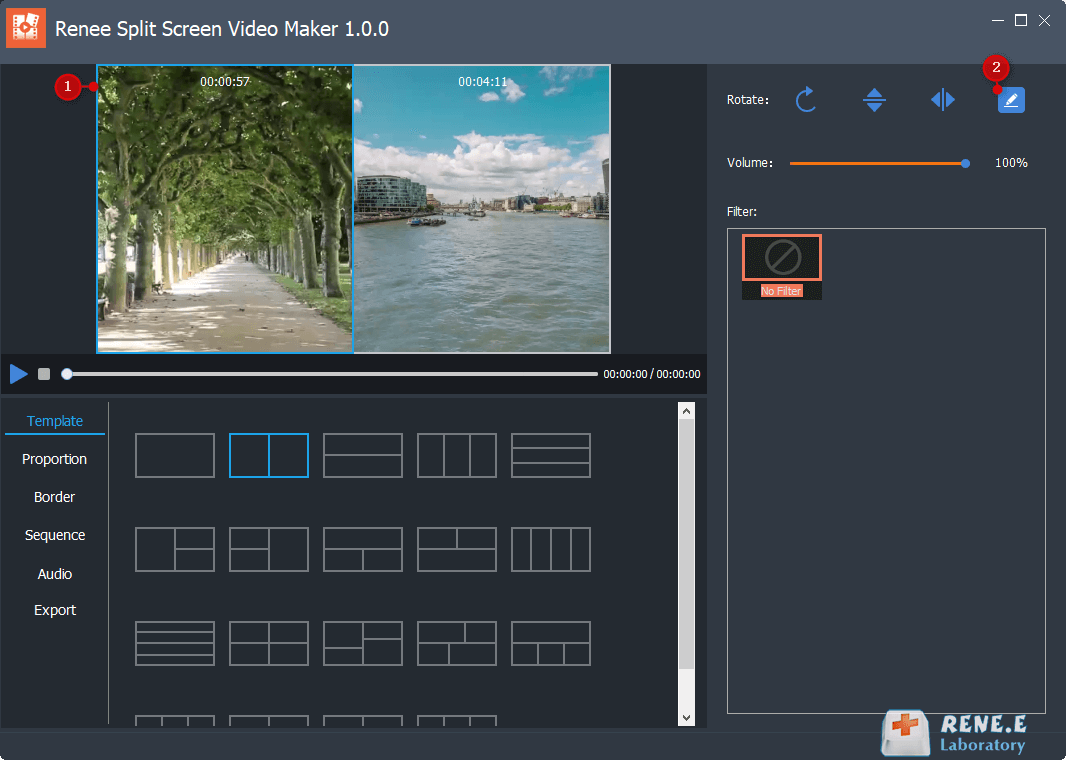 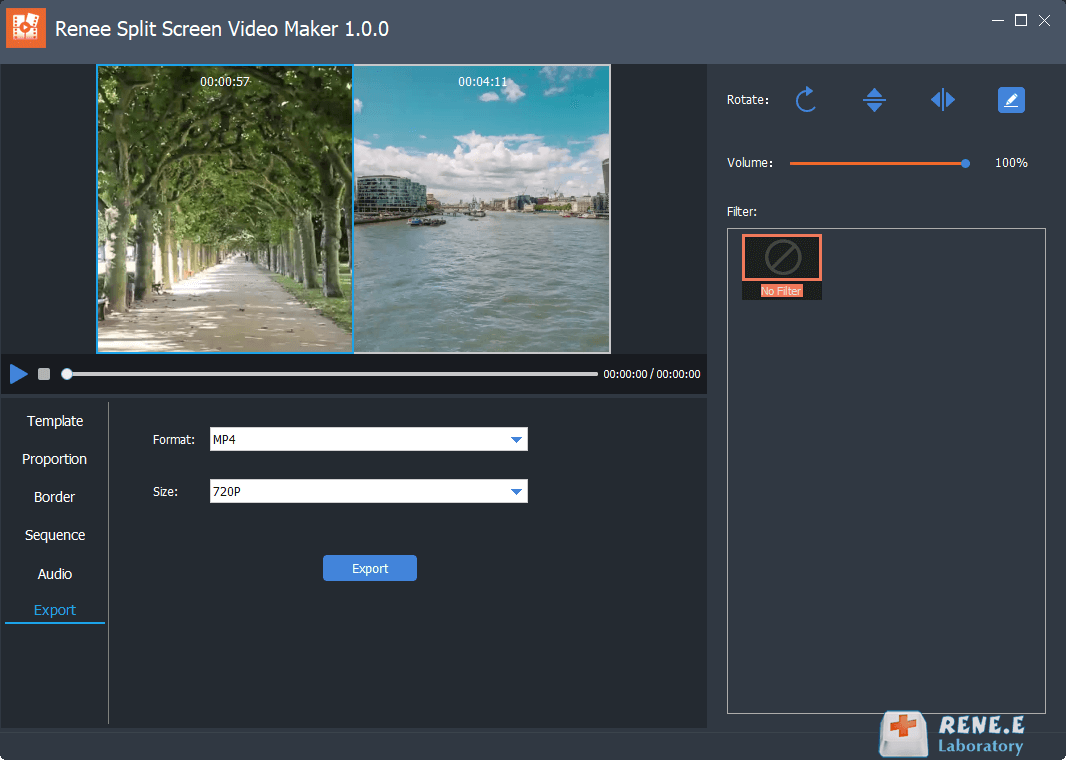 Part 4: Conclusion
In this essay, we’ve talked about Vegas and Renee Video Editor. Vegas is the multifunctional and comprehensive software. User can set lots of parameters to edit video well. It is suitable for those who are familiar with editing videos.
Renee Video Editor is easy to use and applicable to the easy editing needs. Video beginners can use this application to simply split the video screen.

John Weaver : Now, many videos are shown on the same screen at the same time. That can convey much information....

How to Reduce Video Size before Publishing on Facebook?

Ashley S. Miller : Do you know about reducing video size? Generally, we should reduce video size before publishing the video on...