Part 1. How Much Space does Windows 10 Take up in Hard Disk and SSD?

1. How Much Space does Windows 10 Installation Take up?

Here are the minimum requirements for Windows 10 PC provided by Microsoft:

2. How Much Space does Windows 10 System Update Take up?

How much space does Windows 10 System update take up? Some people may be doubtful about it for a long time. You usually receive the system update notices from Microsoft when you’ve installed Windows 10. The update type determines the update space it needs. For example, patches and service packs merely take up hundreds of megabytes. However, the important Windows 10 update, such as Windows 10 Spring Creators takes up much more space.
Take “Windows 10 update in April, 2018” which was named “Redstone 4″ as an example. This update pack is about 3GB, which is slightly different according to the users’ choices and their devices. Then 7-8GB setup program can be extracted from this downloaded pack. Therefore, you should prepare about 10GB free space for the update.
Hot Topic - ADsRenee Becca – Safe and Quick System Migration to SSD

How much the system disk should be prepared for in different situations? The followings are the recommended system disk capacity for Windows 10 PC which is used as set-top box, office routine (Office, Openoffice, WPS) and office routine+multi-media production (Office +PS+AE).
Now, many people choose SSD as the system disk because it provides a better system performance than traditional hard disk does. If you want a better comptuer performance and faster startup time, you can transfer the system to SSD.

Part 2. How to Transfer Windows 10 to SSD

Now you may know the space distribution of the system disk according to Part 1. A well-performing system disk not only provide enough disk space but also a better data transimission speed. SSD is recommended to be the system disk.

How to transfer system to SSD?

Usually, most of us will install a whole new system to SSD. Then you will need to reinstall all necessary software, set the system configurations and transfer data from original disk after reinstalling the system. If you want to make it easier, a system transfer tool can help you skip these steps and save your time! Renee Becca is a smart choice!

Friendly reminderBeing a professional system migration and disk clone software, Renee Becca also supports to clone entire disks (including the system) to a new one. Also, users can clone the system to another partition with Renee Becca. More functions like data backup and restore can help you manage data in your hard disks, partitions and folders in a better way. 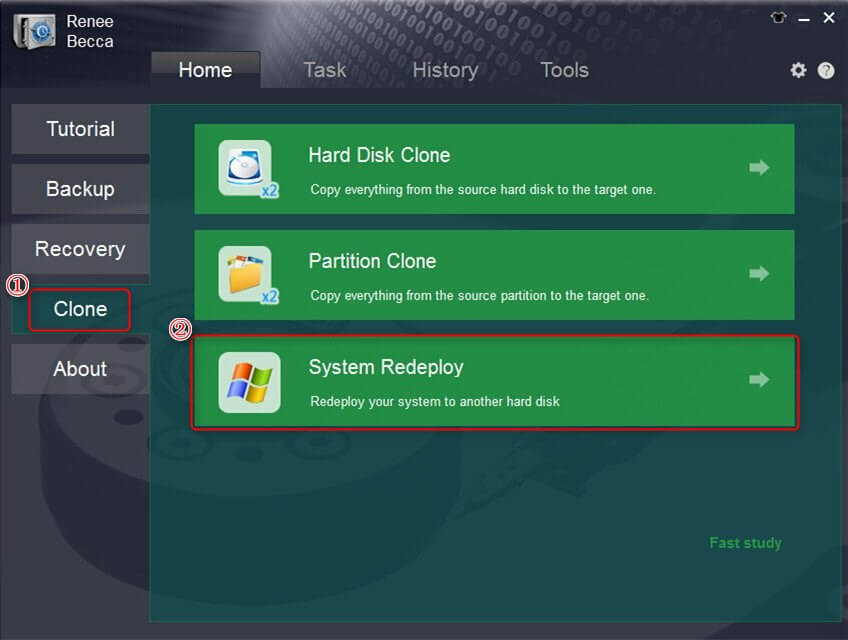 Attention:
1. The capacity of the SSD must be equal to or larger than the size of the system.
2. Once system migration processed, all data inside the SSD will be erased. Please backup the SSD if you have important data inside. 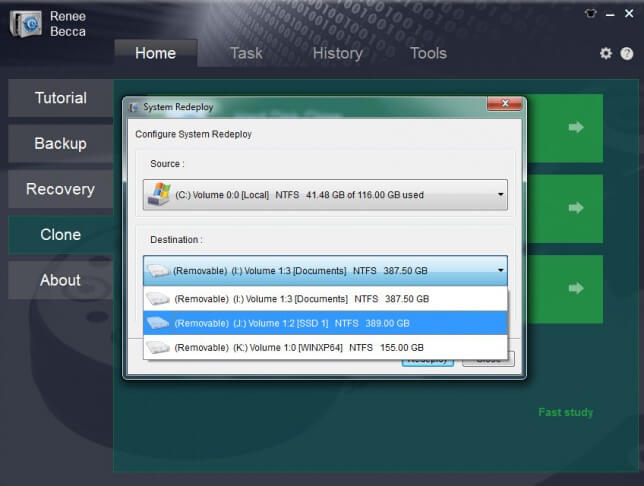 Friendly Reminder
You can use the old mechanical disk for storage when SSD has been the system disk. But you should modify the boot order at first. The meothods of changing the boot order differs from PC motherboards. It is suggested that you should follow the PC user manual to make it in BIOS, then save and reboot your PC.

John Weaver : We can use Windows safe mode to solve program or drive problems while some problems occur in using....