Why is it so hard to Capture Live Streaming Videos on Time?

How to Capture Live Streaming Videos on Phone?
◆1. Built-in Screen Recording Function in iOS 11 or Above
◆2. Screen Recorder (Android)

Streaming media refers to a media format used for online transmission. “Streaming” is the process of delivering or obtaining media in this manner. Hence, it is a transmission way, not a new kind of media but part of multimedia. 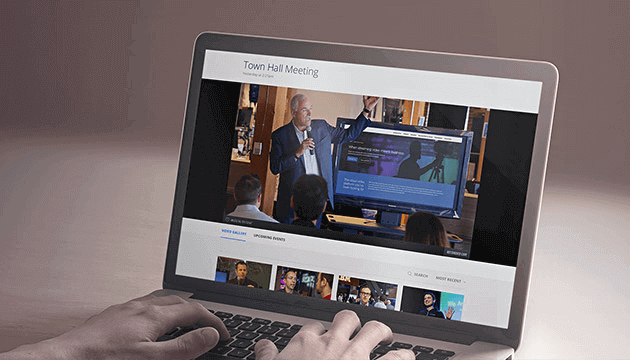 Media suppliers wrap contents (i.e. videos and audios) into a data package and upload to the Internet. Then, users can keep receiving the data while it is being played. Unlike non-streaming media, streaming videos can be viewed even though it is not downloaded completely.

As streaming media is growing, more and more sectors are trying to apply streaming media to live videos on their online websites and Apps. Live streaming transfer refers to matching media signal bandwidth with network, which ensures live streaming videos can be visible. It is usually applied to sport events, education, games and news. 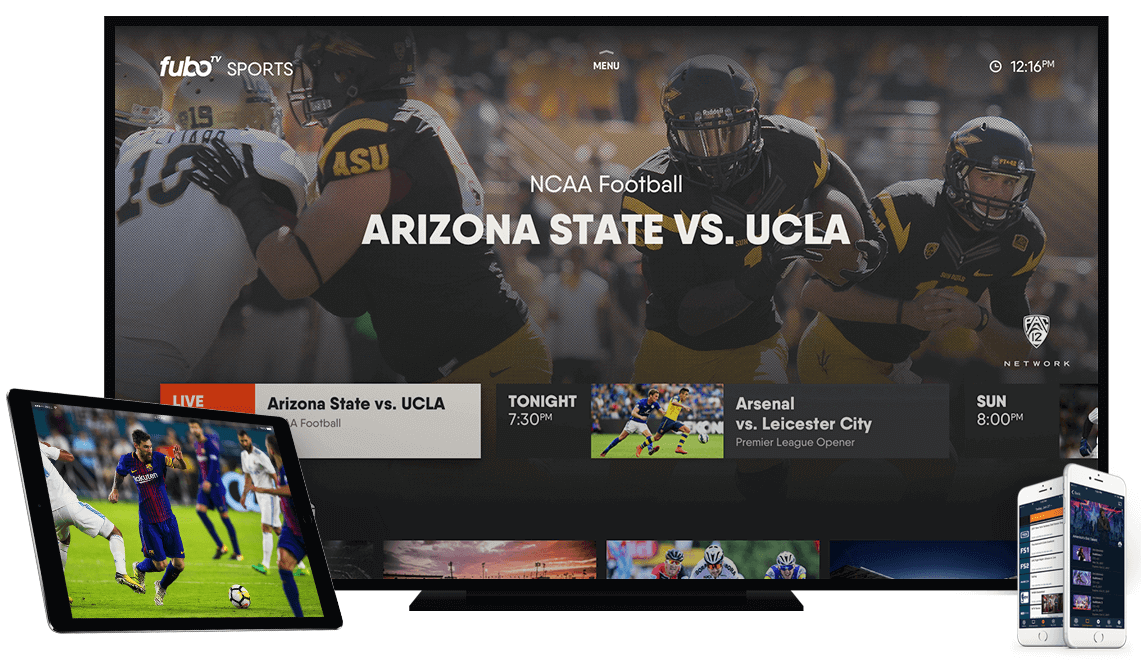 Currently, streaming media have been widespread. As most of network traffic direct to streaming videos, many video websites emerge. We can get lost of multimedia contents from these websites. Next, we will list some hot video websites for you.

Established in February 2005, YouTube is the largest video sharing website in America and one of the hottest streaming video websites in the world. YouTube users can get the latest news, music, films, documentaries, records, funny videos and so on. Besides, users can follow live videos, such as matches, games and news. 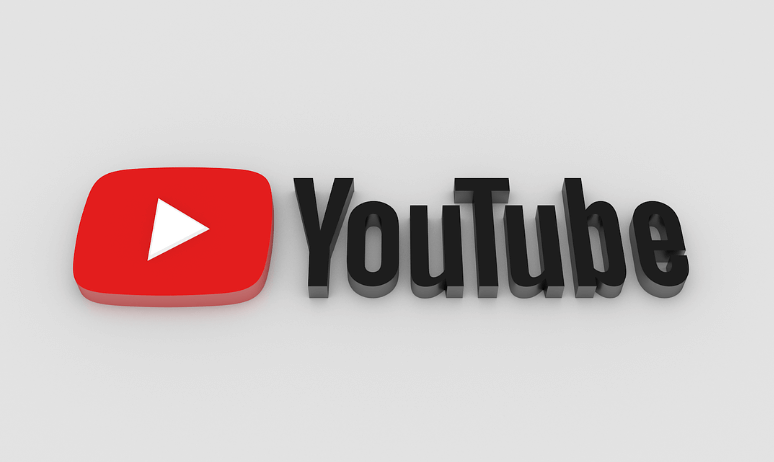 Dailymotion, founded in March 2005, is a video sharing website in French, welcomed in Europe. It provides a great number of HD videos and allows users to upload and share videos. According to Comscore, it is estimated that Dailymotion is the second largest video sharing videos only to YouTube in the world. 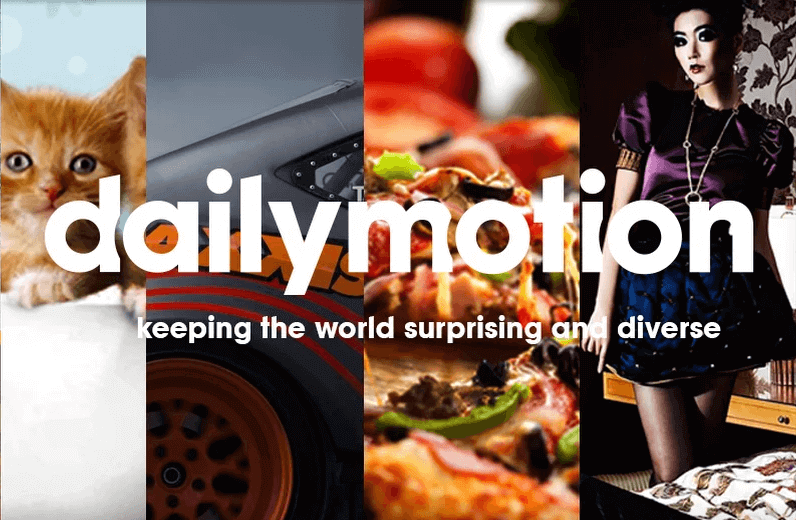 Developed in November 2004, Vimeo is an American video sharing website specializing in HD videos. It welcomes users to upload original videos and strives to share HD videos. It also believes that videos are beneficial to social communications and should be a carrier of services. Importantly, it has no limit on format conversion and allows users to download the source files. 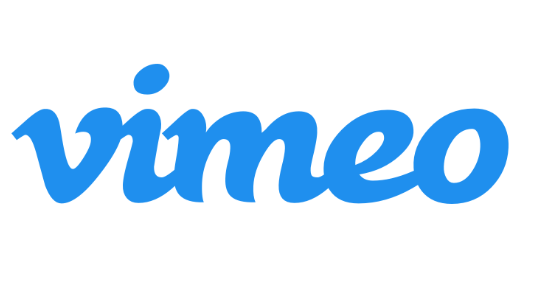 Hulu is also a hot video website in America, built in March 2007. The website offers lots of authorized TV programs, films, music and the other videos with high quality. It also encourages users to share and view their favorite videos.

Of course, there are many other excellent video websites. We will not list them one by one.

Why is it so hard to Capture Live Streaming Videos on Time?

Since most of live videos don’t contain the local caches or the caches have been encrypted, we are unable to download the live videos. Or, if we don’t sit in front of the computer all the time, we will miss the live show. That being said, it is so hard to capture live streaming videos on time.

At this situation, how to capture the complete videos? In the followings, we show you how to capture live streaming videos on computer and mobile phone.

How to Capture Live Streaming Videos on Computer? 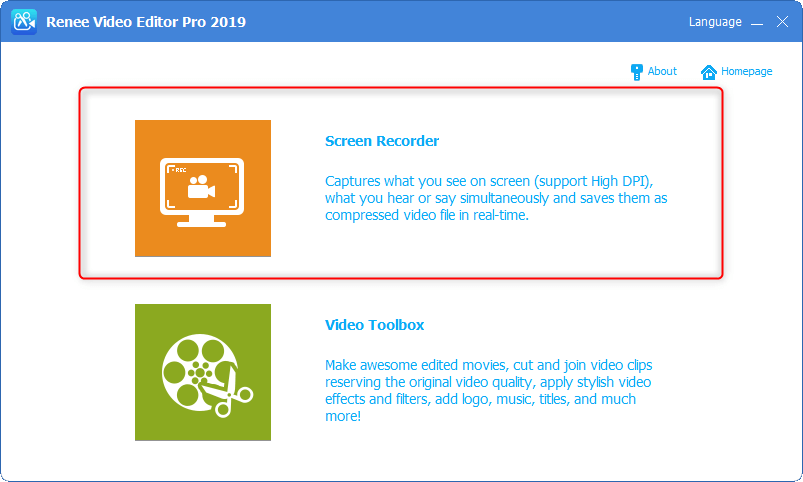 ② Click the settings button at the right bottom. In Settings, select the options in [Format], [Quality], [Resolution], [FPS] and [Folder]. 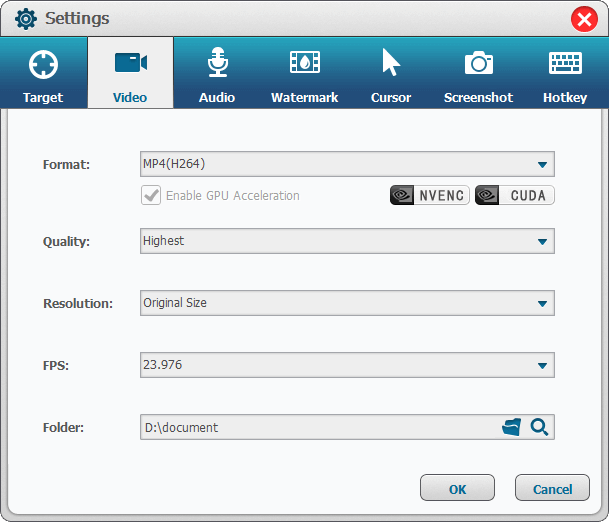 ③ Go to the target live channel; back to the software and select [User-Defined] in [Target]. 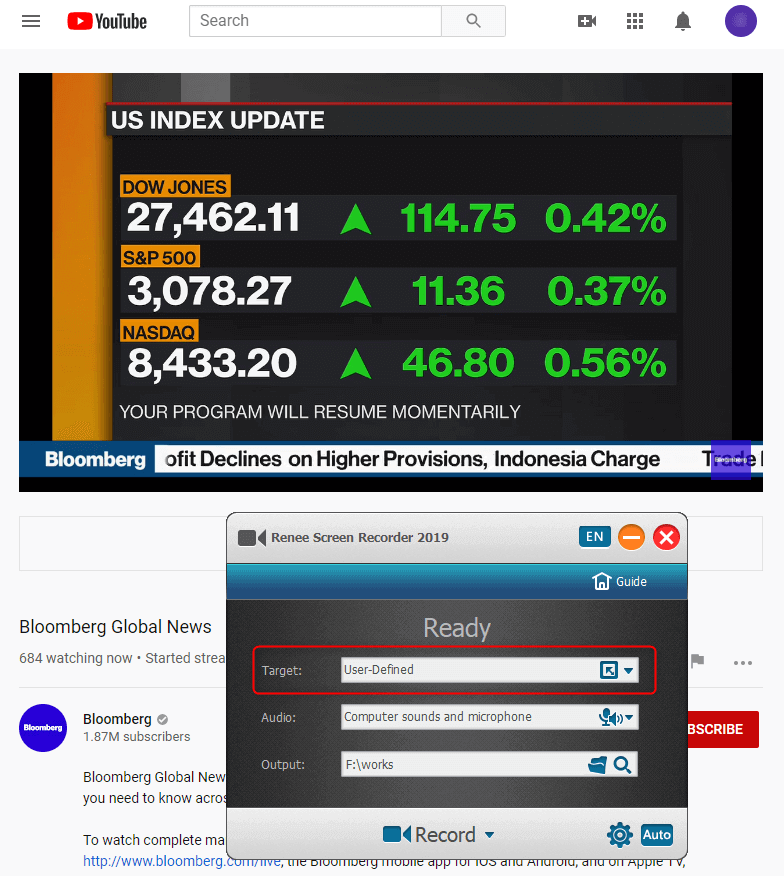 ④ Next, drag the box to select the record range. After that, click [Record]. 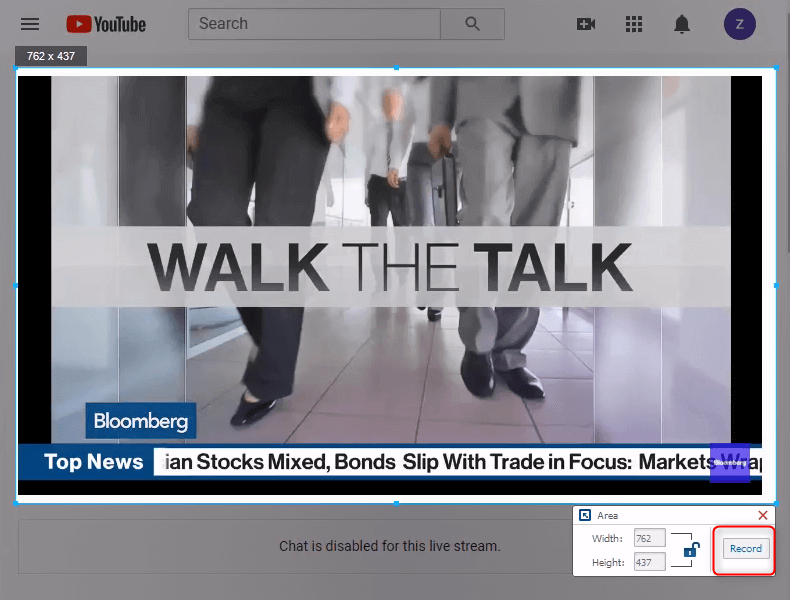 ⑤ Click the square button to stop recording and save the record. 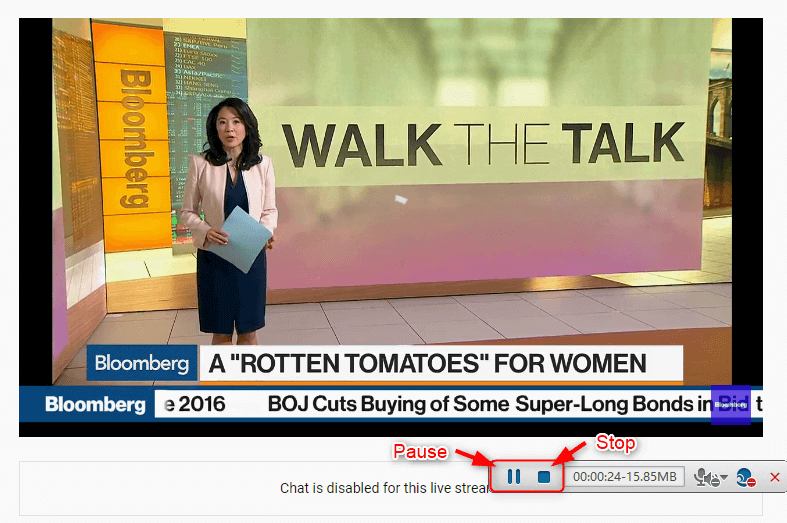 Renee Video Editor Pro supports auto recording, too. Users can set the auto recording schedule. As the time comes, the software will open the target YouTube video and record the video by itself. If you cannot catch up the live video or sit in front of the computer, try to follow these steps to capture the streaming video:

② Set the specific time and the target URL. 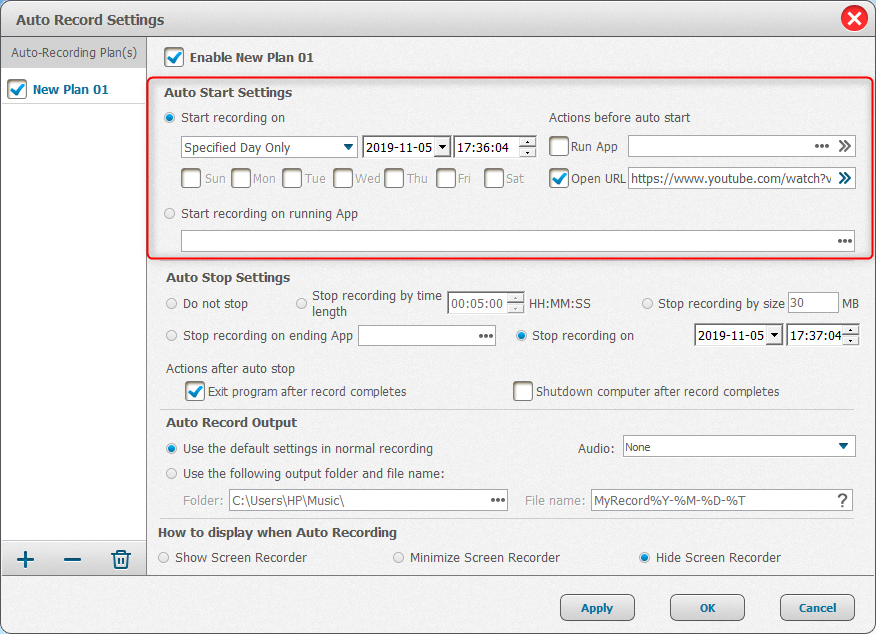 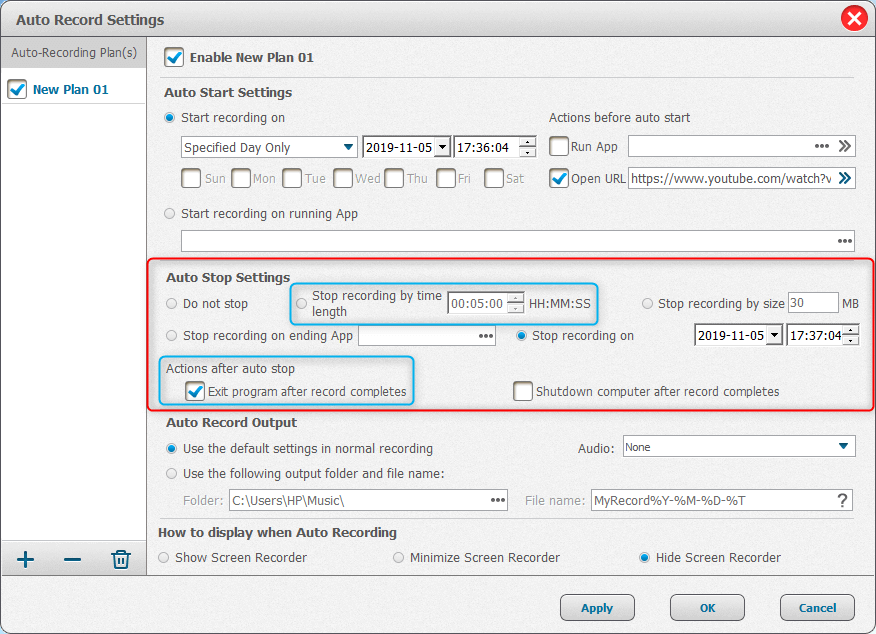 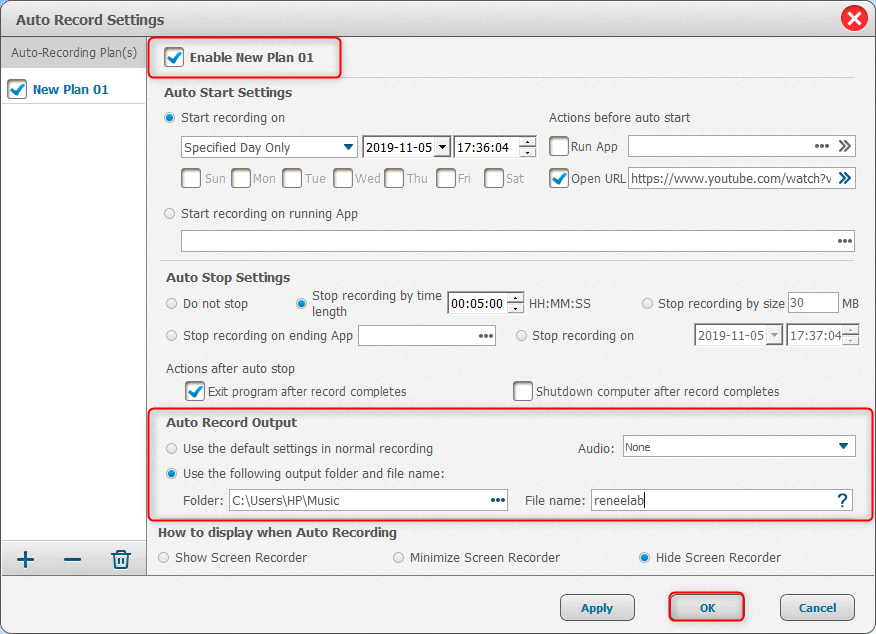 ⑤ As we’ve mentioned above, the software will automatically capture the live streaming video, save the record and exit after it completes the task.

BB FlashBack Express is a free screen recorder. Users have three options to select the record area, full screen, region or window. As the record is finished, it requires users that the file should be saved as FBR and then be output as AVI or WMV. Besides, it only supports recording. If you need to further edit the record, you should pay for the full version. 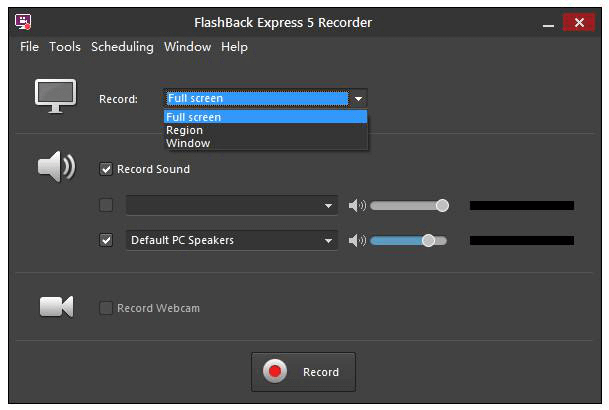 CamStudio is the software for recording computer screen. The software can capture the computer screen, including the course of the operations. If you want to show your operational steps and make some tutorials, this software is simple and convenient. Yet, the records are only saved as AVI. 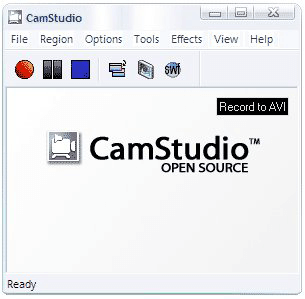 OBS (Open Broadcaster Software) is free, open-source software for Mac users to record videos. It seems that the interface is very simple, but the functions are various. Users can capture videos, texts and images for both of common videos and live streams. MP4 and FLV are the supported output formats. 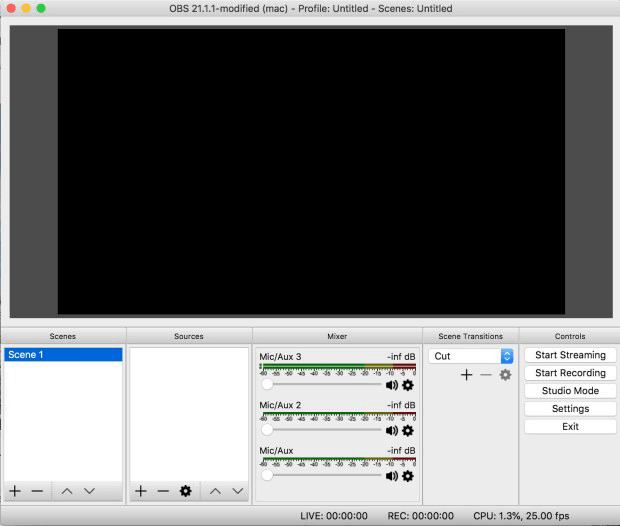 AceThinker is an online screen recorder. It allows users to capture the specific screen area or the full screen and record sounds from computer and microphone. What’s more, it can capture audios and videos from webcam. AVI, MOV, FLV and MP4 are available output formats. That ensures that the records can be played on different devices and shared to other people. 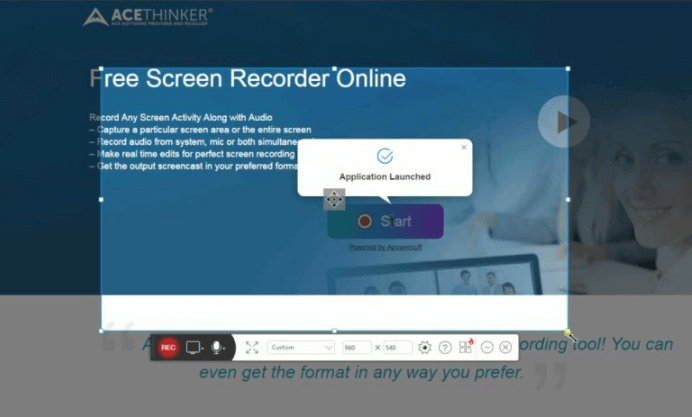 How to Capture Live Streaming Videos on Phone?

1. Built-in Screen Recording Function in iOS 11 or Above

In iOS 11 and the latter versions, the Apple team has added a new function “Screen Recording”. Apple users can use the function to capture the screen and the sounds, free from installation of the third-party recording apps.
Steps:

② Expand Control Center and tap the dot to begin recording. During the 3-second countdown, open the live streaming video and wait for recording.

Screen Recorder is a screen recording app for Android users. It can record the dynamic phone screen and save the records as MP4. Besides, users can select to record videos or audio-free videos. Video resolution, bit rate, FPS, vertical frame (for recording vertical videos) and the other parameters can be adjusted. 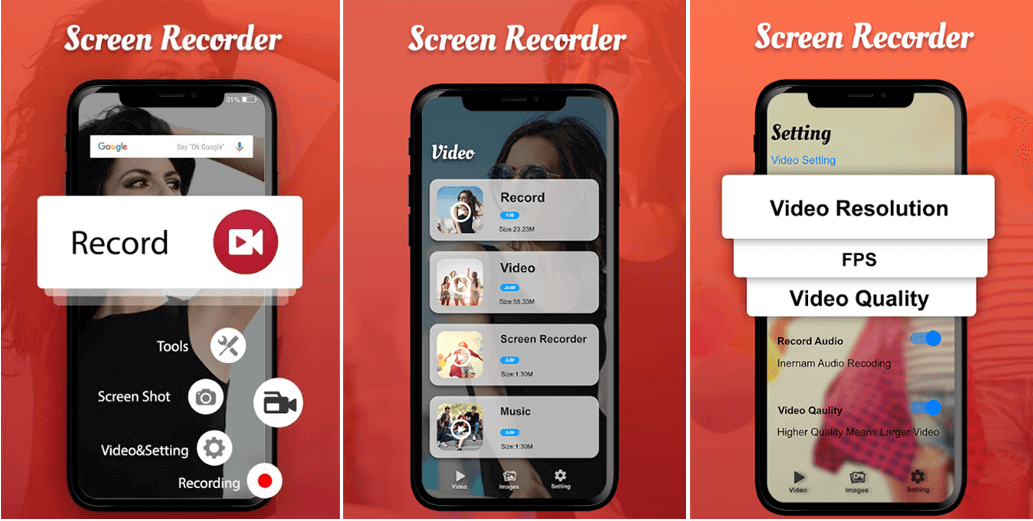 If you want to download the non-real-time videos online, please refer to this article “Save Youtube to MP4″.

How If Network Interruption Occurs When Live Streaming Video is being Recorded?

Once we meet with network interruption, we will record some useless parts. How can we cut off these parts? 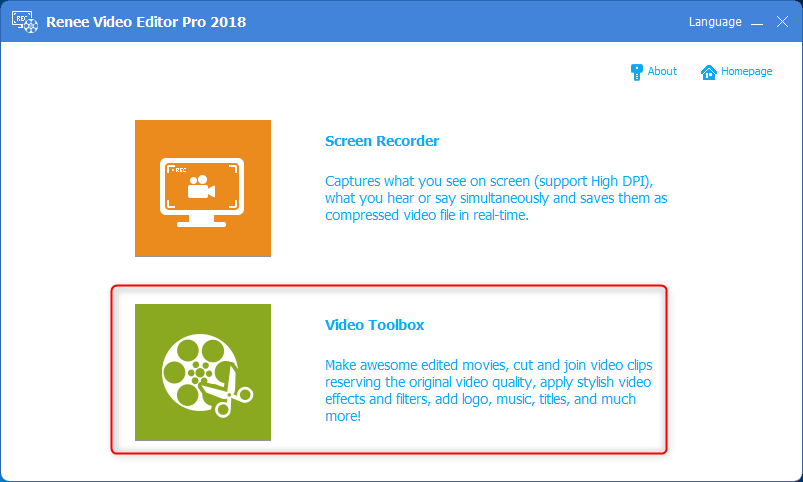 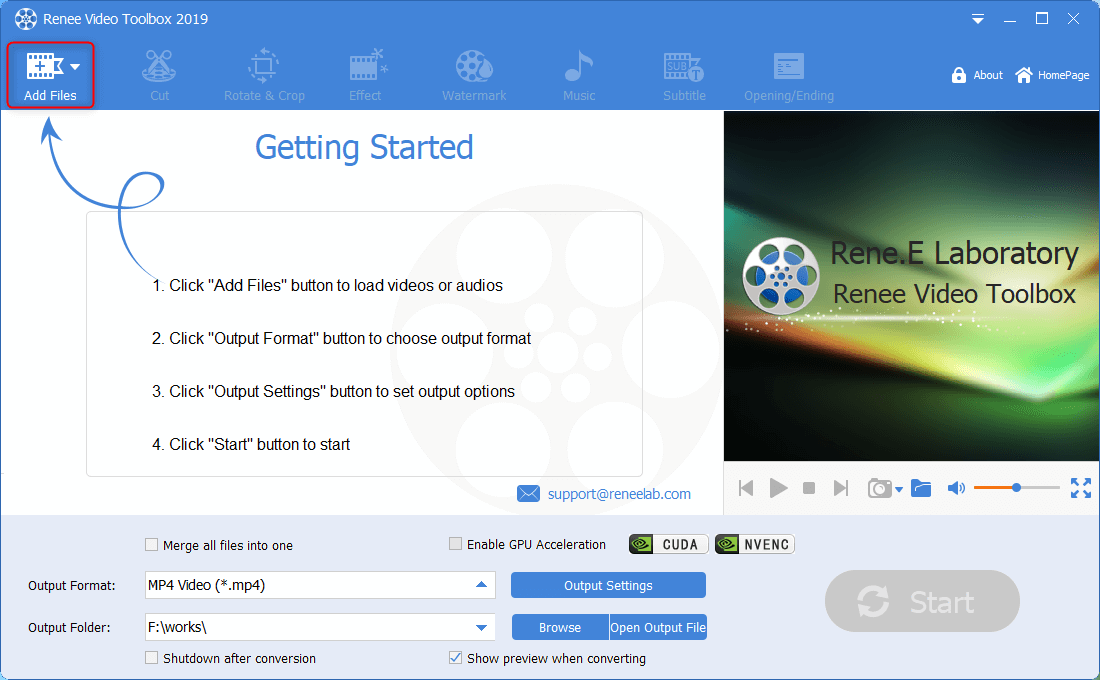 ③ Click [Cut]. Then, drag the progress bar or set the start and end time to cut the unwanted part. 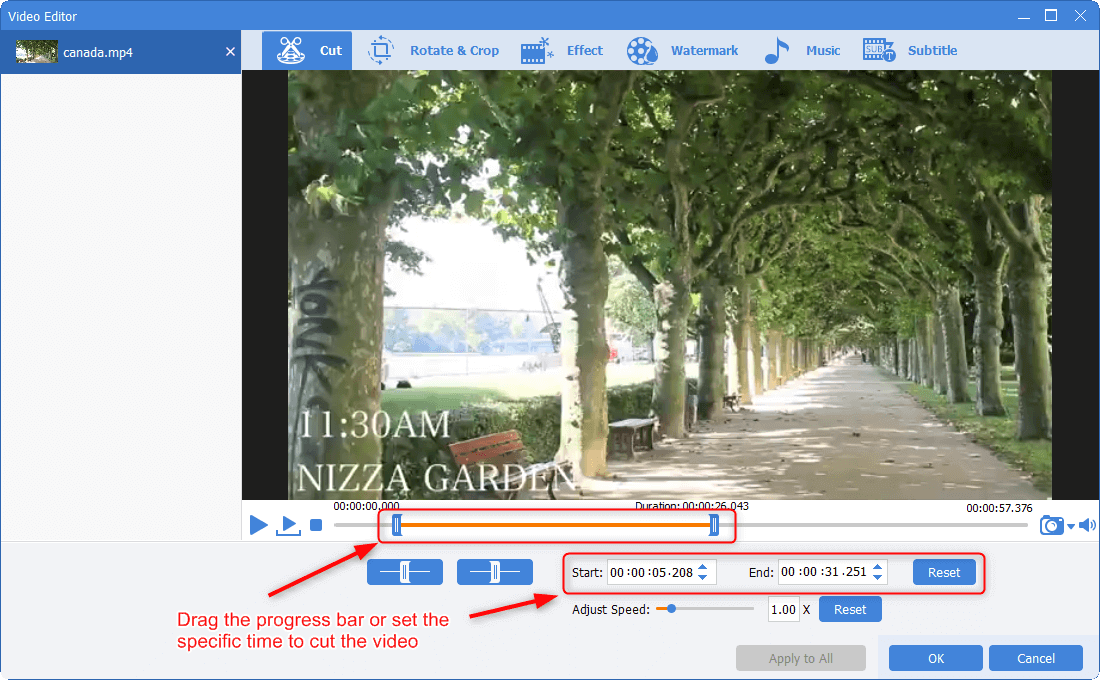 ④ If you need to cut off several parts, you can add the same videos and cut off the parts one by one. Then, check the option [Merge all files into one] to merge them together. 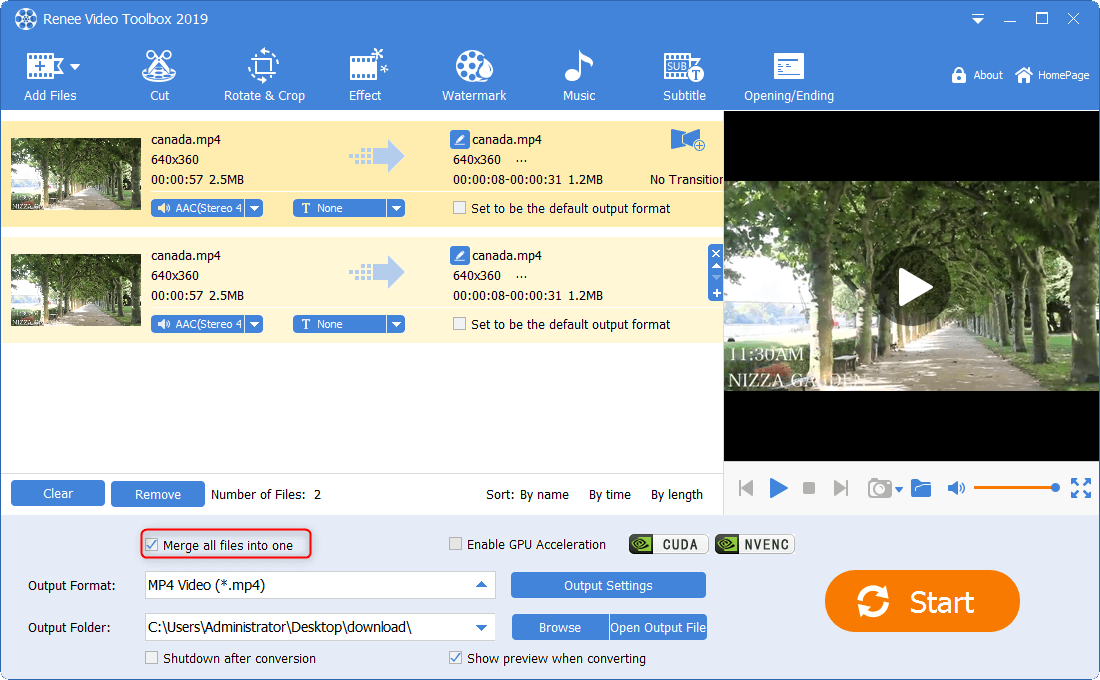 ⑤ If you need to remove the watermark, you can go to [Watermark] and select [Watermark remover].

⑥ Adjust the box to cover the watermark. 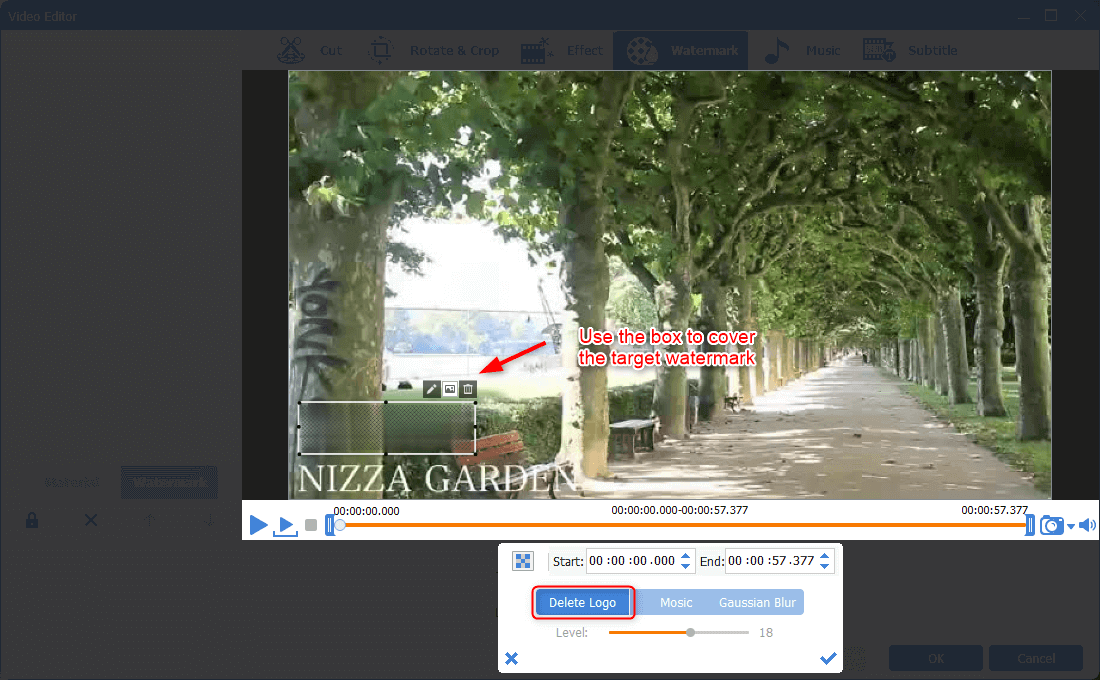 ⑦ Also, there are many other functions in Renee Video Editor Pro, such as rotating, cropping, adding special effects, background music and subtitles. Finally, select the output format and click [Start] to save the file. 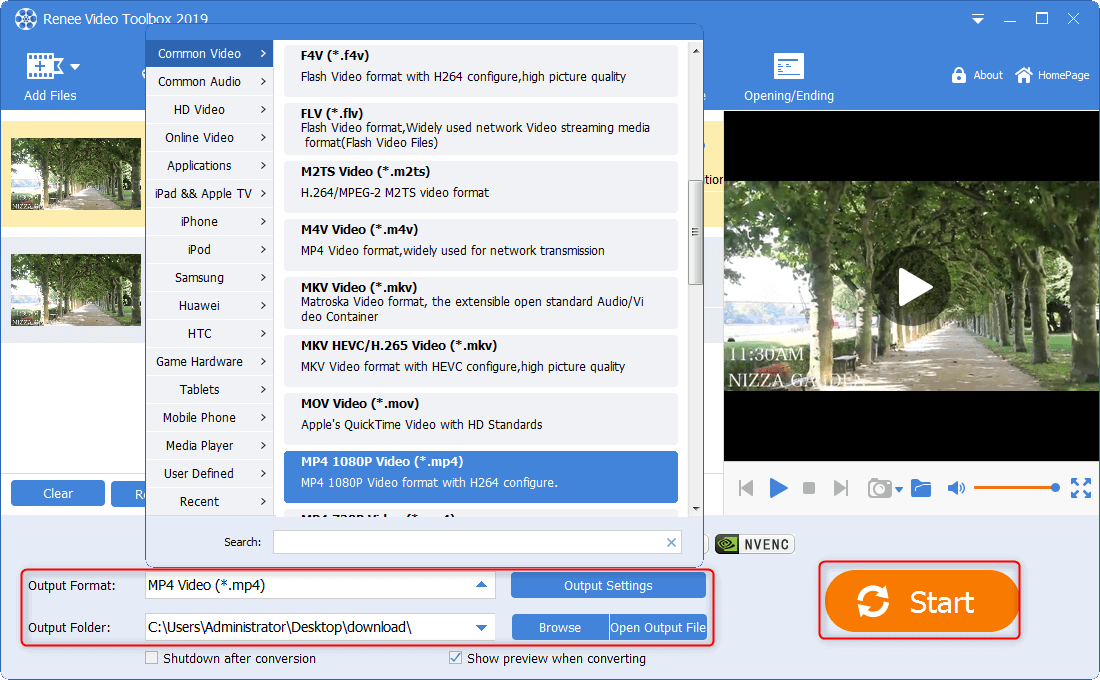 Renee Video Editor is professional, utility software for video editing. Users can edit videos in different formats. If you meet with network interruption and record the useless parts, you can use this software to cut off the parts.
Renee Video Editor – Multi-function Video Editing Software 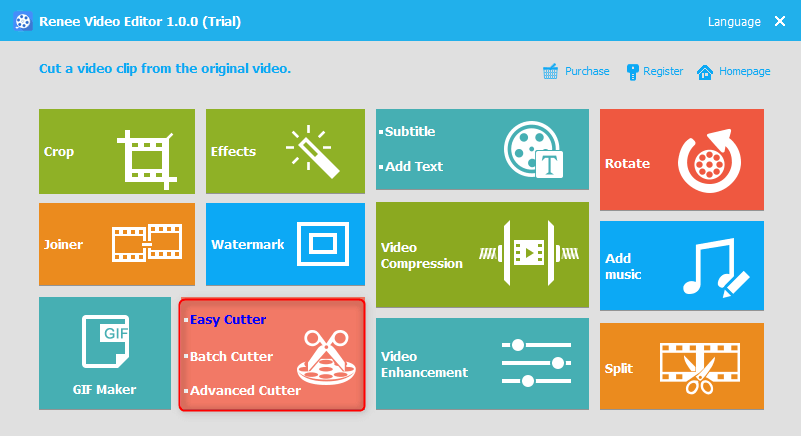 ② Then, click [Add File] to select the target video.

③ Move the sliders or set the specific start and end time to cut the video, and then click [Cut].

④ You can use this function repeatedly to cut several parts out of the video. Then, check the option [Merge all files into one] to merge all videos together.
⑤ Finally, click [Start] to output the file. 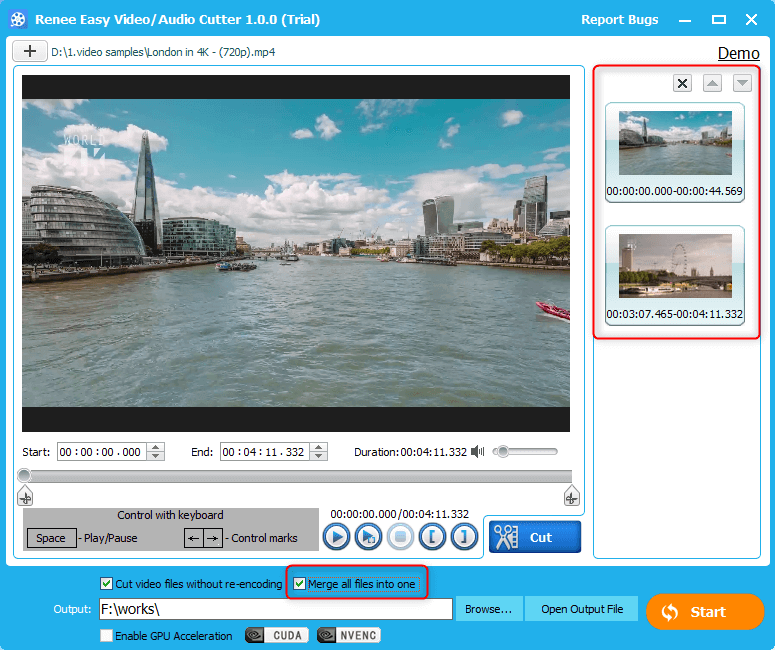 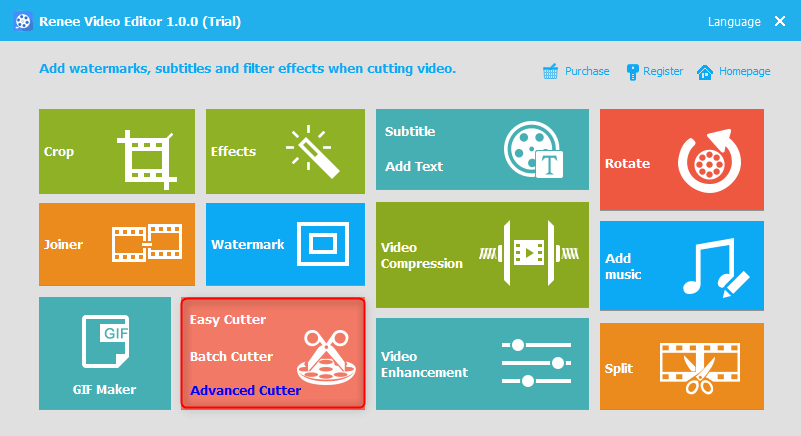 ③ Check the option [Remove the selected part]. Then, drag the progress bar or set the start and end time to cut off the video. 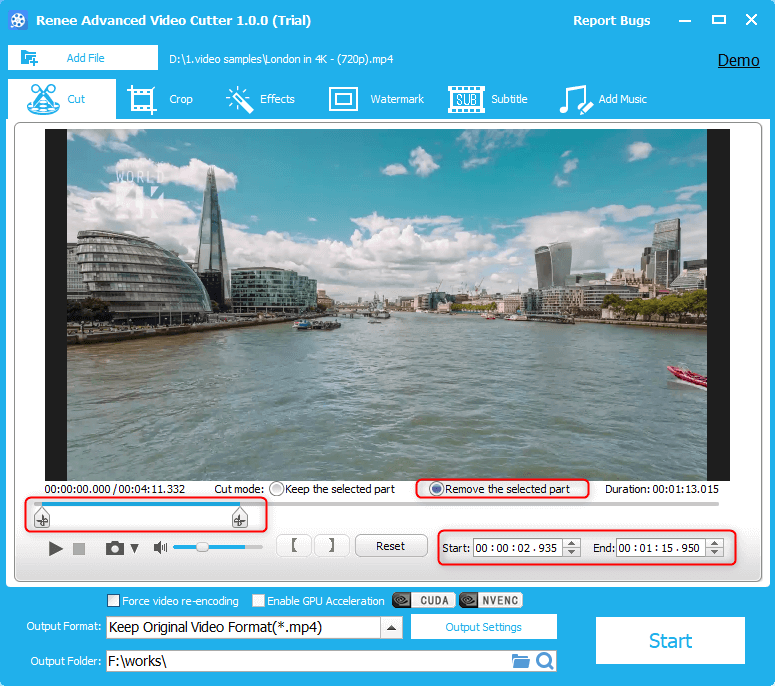 ④ Select the output format and click [Start] to save the cut video. 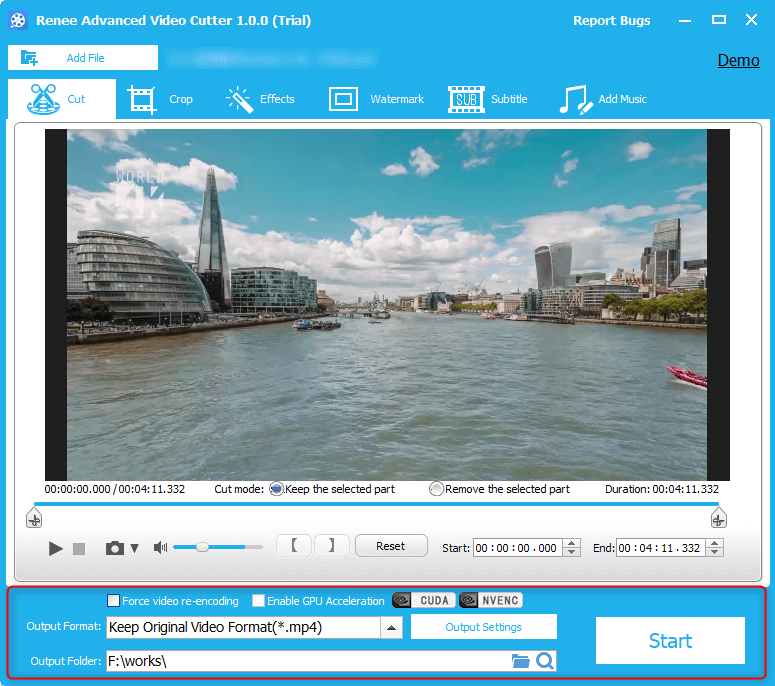 TipsWhen you are going to capture the streaming videos, please pay attention to copyright protection. Recording the copyright-protected videos means violation of the copyright laws. Therefore, please try the above methods for personal uses. If you need to share the records, you can further edit them, such as adding watermarks and subtitles.

How to Convert and Play MKV on PS3?

Amanda J. Brook : PS3, as a multimedia console, allows users to play games, listen to music and watch video. Yet, it...

How to Separate Audio from Video

John Weaver : In the era of Internet, more and more videos and music are shared online. Of course, you can...

How to Unlock Password-Protected Word Document?How When Multimedia Files Cannot be Added to iTunes?
Related Product