In our daily life, video formats are frequently used, such as MP4, WMV, AVI, MOV and MKV. In fact, they are the common formats and some formats are seldom used. Next, we will talk about video formats. It is believed that you will learn more about them from the article.

Part 1: What is Video Format?

Part 3: How to Convert Video Formats?

Part 1: What is Video Format?
Video format is an identification distributed by the player to distinguish various video files. Each video format has its own audiovisual quality and its own encoding. They are divided into two categories: the formats used for local videos and the formats used for streaming videos. The streaming video formats has spread to information services, such as Internet on-demand video, online presentations, distance education, online video ads, etc., although the stability and quality are not better than the former video formats.
Part 2: Features of Common Videos Formats 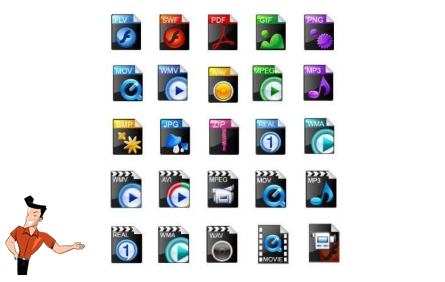 In the followings, we list some common video formats and introduce their features. You can use different formats into different scenarios based on the introduction.

MPEG, fully known as Moving Picture Experts Group, is commonly used for VCDs, SVCDs, and DVDs. The MPEG format is an international standard for motion picture compression algorithms. With lossy compression, it can remove the unnecessary information. Now, the main compression standard formats are MPEG-1, MPEG-2, MPEG-4, MPEG-7 and MPEG-21.

AVI, fully known as Audio Video Interleaved, is published by Microsoft and is also one of the oldest formats in the video industry. The AVI video performs well and spreads across many platforms.

But the files in this format are usually large and there is no compression standard. Plus, the latest Windows Media Player doesn’t support AVI with the earlier encoding; the old player version cannot play the videos with the latest encoding. Therefore, the AVI videos may not be played in all Windows Media Players, or you cannot adjust the playback speed and control the volume when it is being played. To solve these problems, you can download the specific decoders to match with the videos.

ASF (Advanced Streaming Format) is a video format developed by Microsoft, for competition with Real Player. This is a file compression format for video programs on the Internet. The ASF file can be played within Windows Media Player. Also, since ASF is a video streaming format that can be viewed on the internet in real time, its picture quality will be slightly lower, but better than the RAM video format.

MOV is a video format supported by QuickTime, the image and video processing software. This format is developed by Apple to store the commonly used digital media. If you use QuickTime to edit videos, the file will be saved as .mov.

WMV (Windows Media Video) is a streaming media format developed by Microsoft, which is the extended version of the ASF format. Under the same video quality, the size of WMV format is smaller than that of other formats, so it is very suitable for online playback and transmission. This format is the extensible media type supporting local and online playback, multiple languages and rich expansibility.

nAVI, also known as New AVI, is a new video format developed by a private organization called Shadow Realm. It is modified based on the Microsoft ASF compression algorithm. To increase the compression rate and image quality, the developer has improved nAVI based on nAVI. It is said that nAVI is an advanced ASF format, free from the features of streaming videos.

3GP is a video encoding format primarily developed to match the high transmission speed of 3G networks. It is also the most common video format for mobile phones. Simply speaking, this format is the multimedia standard formulated by 3GPP (3rd Generation Partnership Project). Users can enjoy the high-quality videos and audios in this format. At present, most of the smartphones support 3GP videos. But this format takes up little bandwidth, so the quality is not well.

MKV is an open standard format and multimedia container, which is capable of holding the unlimited files, such as videos, audios, images and subtitle tracks. It is not the compression format, but a multimedia container defined by Matroska. Movies and TV programs are usually saved in this format.

FLV, fully known as FLASH VIDEO, is a new streaming video format. Due to its extremely small file size and fast loading speed, it is suitable for playing online videos. The problem that the exported SWF file is too large to be played on the Internet can be effectively solved when the video is saved in this format and imported into Flash.

Compared to the traditional FLV format, F4V has smaller size and better image quality. It has gradually been the replacement of FLV on the Internet. To adapt to high-definition videos, Adobe publishes F4V. Compared with FLV, F4V format supports higher resolution and higher bit rate. Additionally, the suffix for F4V files downloaded from many mainstream media sites is FLV. You can watch clearer and smoother videos in F4V.
These are the introducetion of the 10 common video formats. They are used in different ways based on their different features. No video format can cover all devices and media players. Therefore, we sometimes need to convert formats. We recommend Renee Video Editor Pro. You can use this software to convert video formats and edit videos. Next, we will show you more about the software.
Part 3: How to Convert Video Formats?

1. What is Renee Video Editor Pro?

2. How to Convert Video Formats with Renee Video Editor Pro? 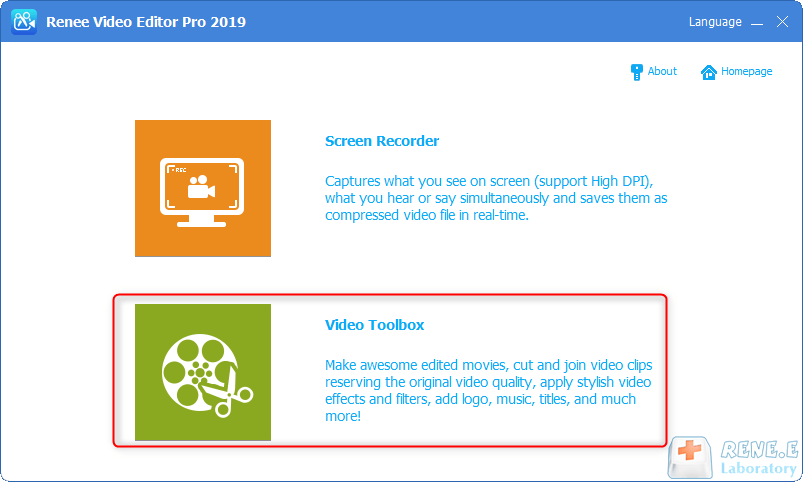 Step 2: Click on [Add Files] to select the MOV file. 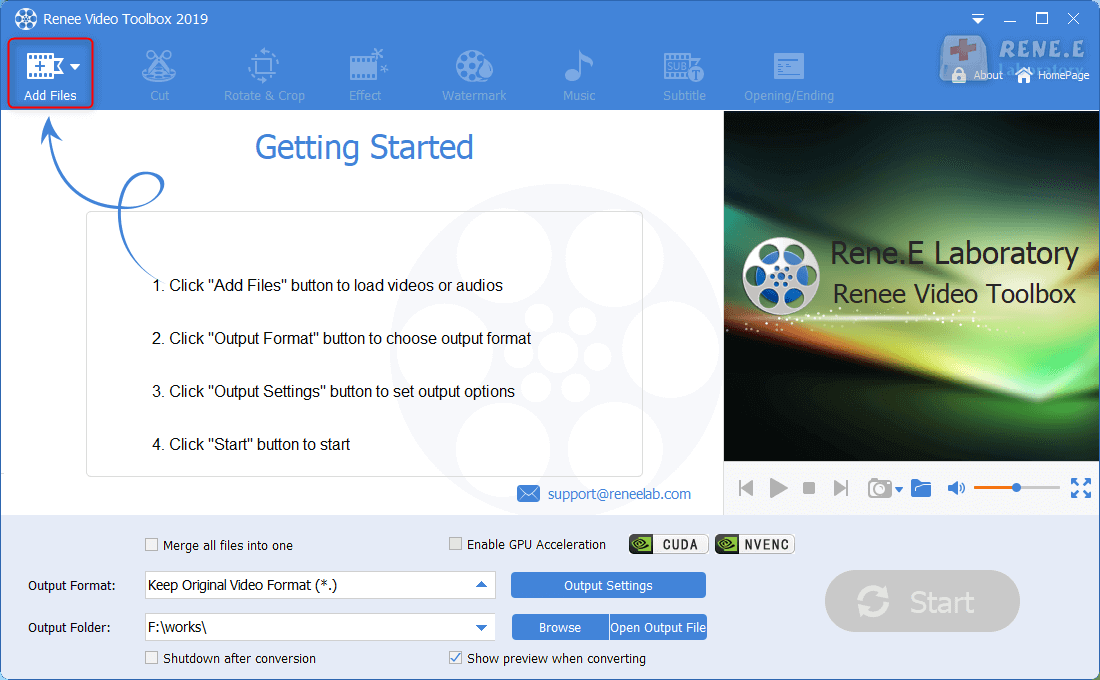 Step 3: Select MP4 as the output format. You can search the other formats based on your device. 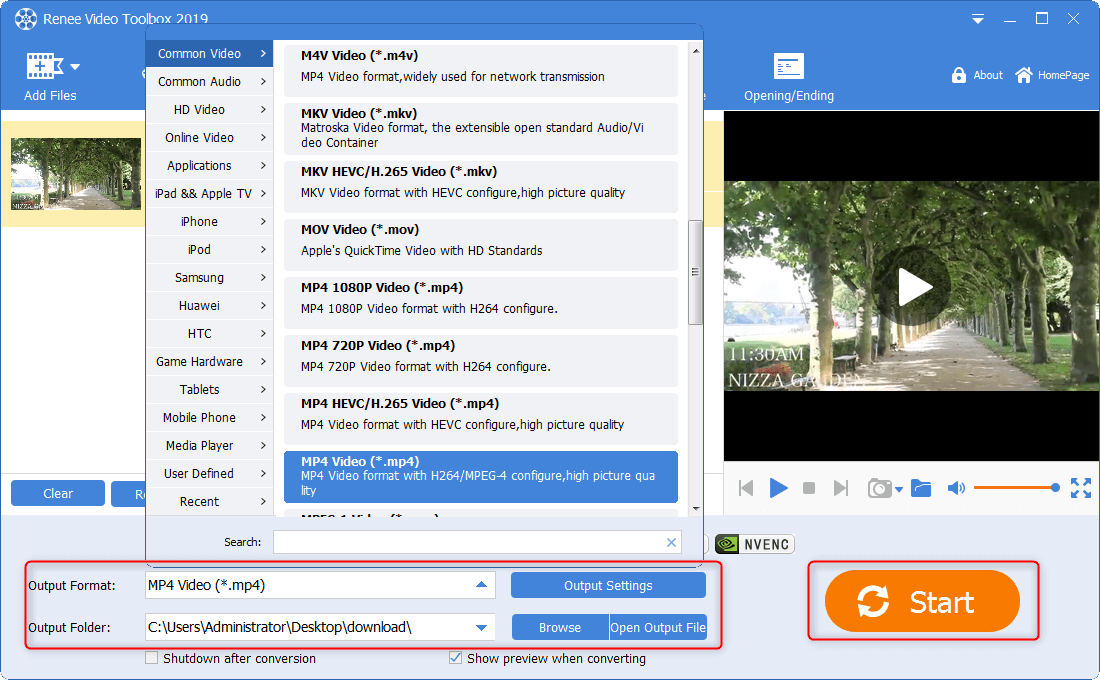 Step 4: Finally, click on [Start] to save the file. 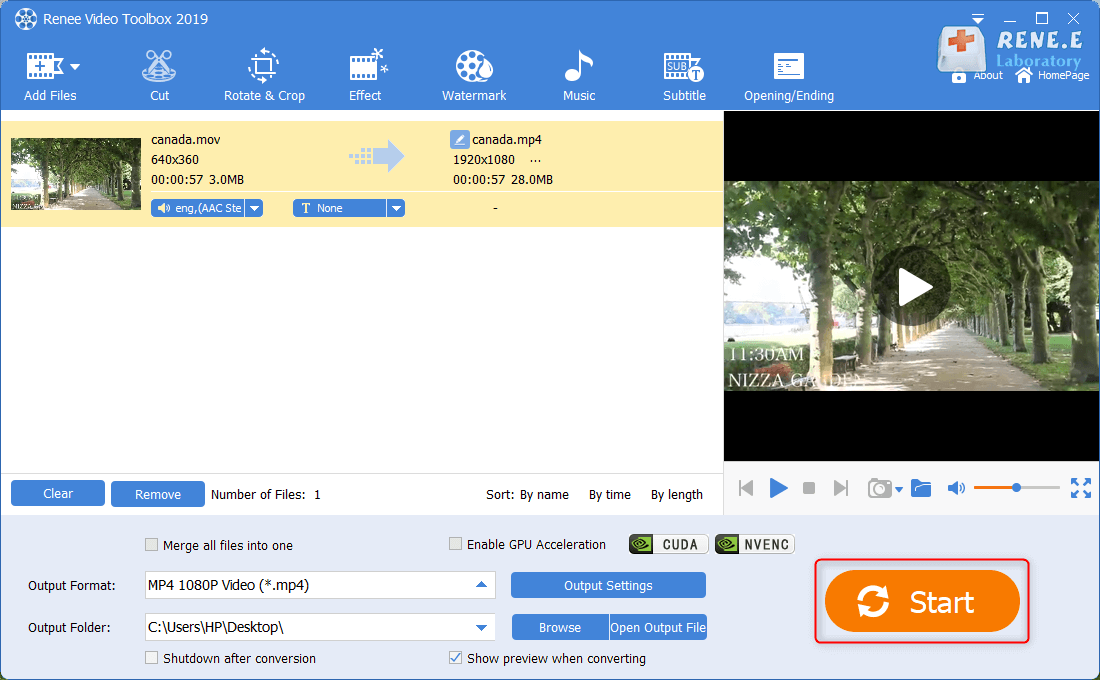 What is RMVB? How to Use RMVB Converter?

Ashley S. Miller : The early computer users were familiar with RMVB. But now, this format seems outdated. What is RMVB? How...

Ashley S. Miller : When you are making videos, are you upset about frame rate? In this essay, ,we will tell you...