Start up your computer but nothing display on the monitor. Besides, computer gives some beep sounds.
What is the problem? In fact, these beep code is generated by the internal speaker of the computer. On startup, computer will perform a Power-on Self Test which will test all hardware in computer. If some thing wrong, beep code will be generated and tell you what is wrong.

Possible reasons which may lead to the failure of hardware:

1.Hardware is damaged or has poor connection with motherboard. Also, dust will lead to short circuit.
2. Incorrect settings in BIOS.

Notice: If your hear your hard disk keep clicking, please refer to How to Fix Hard Drive Clicking Noise and Recover Data From Hard Drive for solutions.
What is BIOS?

Standing for Basic Input Output System, BIOS is a standard firmware interface. All information of BIOS will be saved in CMOS of motherboard. 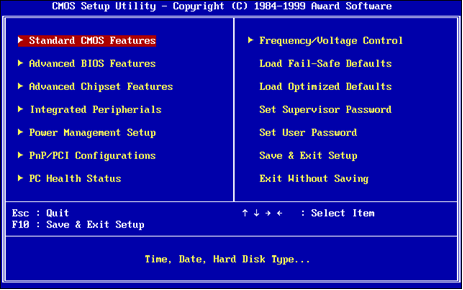 BIOS is responsible for the POST (Power On Self Test) and load the IPL or system in hard disk. However, BIOS has been replaced by UEFI since 21st century.

How to Maintain PC

1.In facts, besides the number of beep codes, long beep codes and short beep codes could also represent different causes.

2.Sometimes, beep sound pause for a second and then go on. For example, 1 long beep and 2 short beeps are divided by 1 second pause here.

Here are some effective way to find out the manufacturer:

1. If your computer is manufactured by some famous computer brands like Dell, HP, Lenovo, ASUS and NEC, BIOS/UEFI inside normally is developed by the brand themselves. So we can find the meaning of beep codes in accordance with the brand.

2. If the BIOS of your computer is not manufactured by famous brands or is assemble by yourself, BIOS inside the computer could be manufactured by AMI (American Megatrends), Phoenix (Phoenix Technologies) and Award. For these computer, we can refer to the manual or Beep Codes Diagnostic and Solution of Other BIOS Manufacturers for the meaning of different beep codes.

Of course, BIOS of virtual machine like Vmware, Virtual PC, VirtualBOX are not included here. 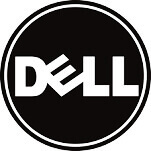 Beep codes of DELL computers could be divided into 2 types. One is from old machines and the other is from later machines which is manufactured after 2005.

Beeps Codes generate by Dell Computers which are manufactured before 2005

Beeps Codes generate by Dell Computers which are manufactured after 2005

Beeps Codes generate by Lenovo – ThinkPad which are manufactured before 2017

Beeps Codes generate by Lenovo – ThinkPad which are manufactured after 2017

SmartBeep has been accepted in the Lenovo PC which are manufactured after 2017. As a result, uses do not need to get detailed information from the beep code. Just go to find and download “Lenovo PC Diagnostics” in APP Store with mobile phone.

For most computers manufactured by ASUS are equipped with BIOS from AMI. If you can not find the beep code you have encounter when using the ASUS computer, please refer to “AMI (American Megatrends) Beep Codes Diagnostic and Solution” for more.

How to Identify the Manufacturers of your Computer BIOS?

Parts of computers are not from famous brand or assembled by users themselves. BIOS of these computer are pre-installed in the motherboards. These pre-installed BIOS are usually from AMI (American Megatrends), Phoenix (Phoenix Technology) and Award.

However, we can not find out the manufacturers of the BIOS since we can not get into the system. But we can find it out with some other methods.

(1) Refer to your computer manual. Search the screenshot of the BIOS after you find out the model of the motherboard.
Such as motherboard GA-Z97X-UD5H from GigaByte. Please search for image with keywords “GA-Z97X-UD5H” and “BIOS”. Then we could find the BIOS chip is from AMI. Please pay attention to the left-bottom corner to find “American Megatrends”, “Phoenix” or “Award”.

(2) Pay attention to the beep code

If the beep codes it generates have long beep and short beep, the BIOS are from Awards. If it is continuous short beep codes, the BIOS could be from AMI.

BIOS manufactured by AMI are adopted in most ASUS motherboard. So, parts of the beep code will be the same.
Hot Topic - ADsRenee Becca – Professional, Reliable Tools for Data Backup and Recovery

Intelligent Automatically analyze the data differences between the source files and the backup files and save disk space by backing up incremental/differential data.

Convenient Support VSS, allowing to freely view web pages during the backup of the operating system.

Solution to Windows Fails to boot and Beeps 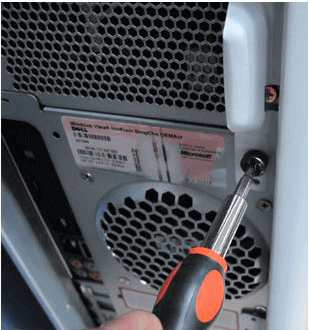 Step 2: Check the hardware and fan inside carefully. If the fan stops spinning, parts of hardware may get overheated and finally fail to work. Once we find fan fails to work, please replace it asap. 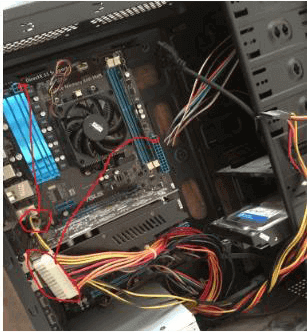 Step 3: Check whether your case is lousy with dust.

Plenty of hardware problem like short circuit and computer fail to boot can be caused by dusty hardware. Like the image below, the build up dust make computer fails to detect the memory. To help the computer case from being dusty, it is recommended to install the dust filter and remove dust off computer once a year. Here we go. 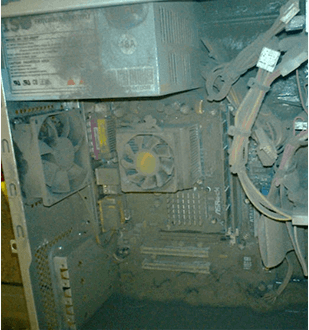 In most case, computer hardware failing to work is caused by the build-up dust instead of damaged. However, dusty case sometimes may lead to short circuit and even damage the hardware at last. As a result, we need to clean the dust off the computer case regularly.

Attention: If the dust is heavy inside the case, please do not use hair dryer or blast blower to remove the dust.
Detailed Steps:
Step 1: Use the wand of the vacuum cleanser. 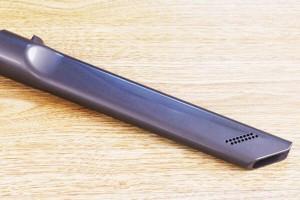 Step 2: Remove all cables from the case especially the power cable. 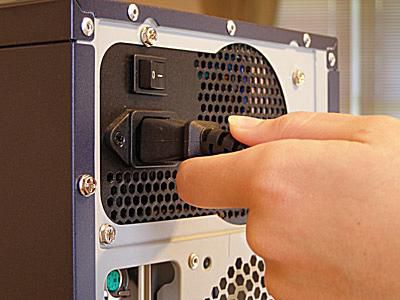 Step 3: Vacuum the case carefully to remove dust off. Then use the brush for removal of stuff that get stuck. 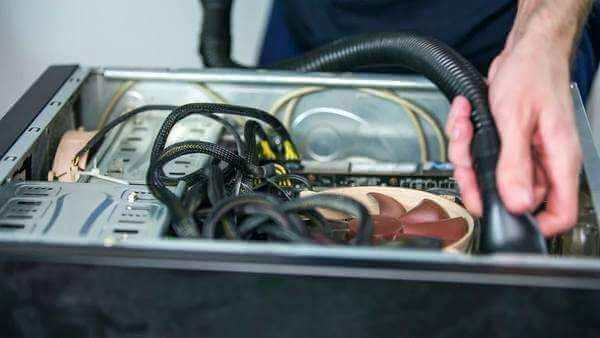 Sometimes Windows fails to boot could be caused by incorrect BIOS settings or CMOS component fail to work. Here we need to remove CMOS battery to reset BIOS and recover computer.

Attention: We must remove the power cable here.

Step 2: Find the battery inside the case and remove it with the tweezers. 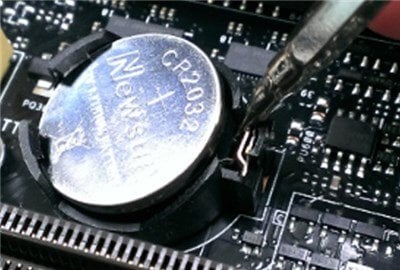 Step 3: Reinsert the battery back after 30 minutes. And restart computer.
Attention: Please make sure that you have put the batter in the right direction. The slightly smaller side should be facing down. 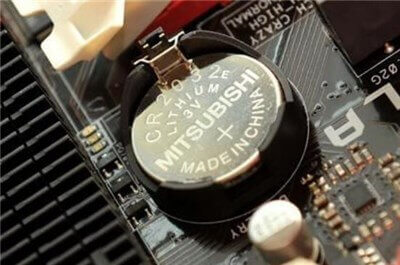 ◆ PC can not Find RAM

Step 2: Eject the RAM by pressingly firmly on the tabs on the motherboard at either end of the slots. The memory sticks will pop out and please remove them gently. 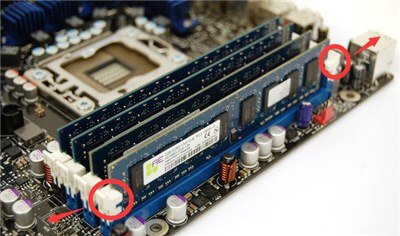 Step 3: Clean the connector of the RAM with eraser carefully. 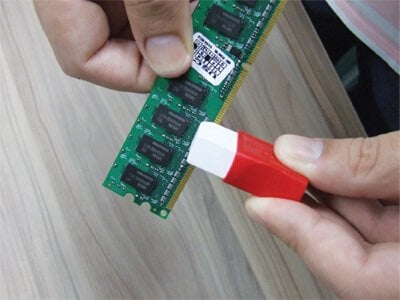 Step 4: Clean the RAM slots with vacuum cleanser and brush. 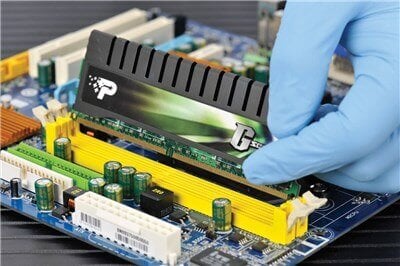 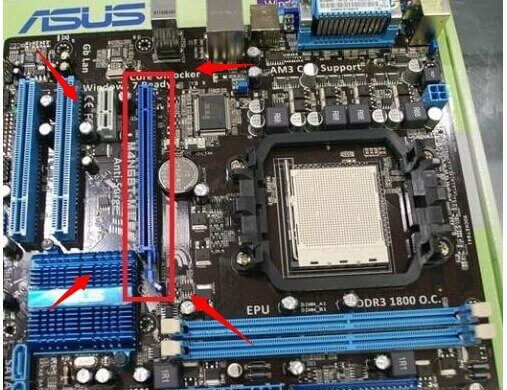 Sometime, we can not find the real problem just with the BIOS beep code. Here, we can make use of the “POST test card” to get detailed information.
How does the POST Test Card Work?

BIOS will test the circuit, memory, keyboard, video card, hard disk, etc when computer starts. Also, it will initialize the settings of some basic ports which has been set. If all processes are fine, system will boot normally. BIOS will send related POST code to PCI (80H or other ports) after going through each step here.

If something goes wrong, the boot process will stop and related post code will be sent to specific BIOS system port. And the POST test card here is to show the POST code. 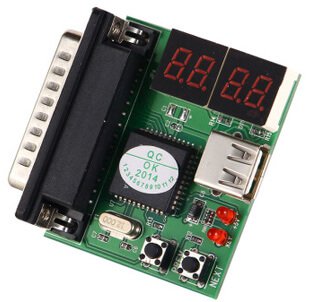 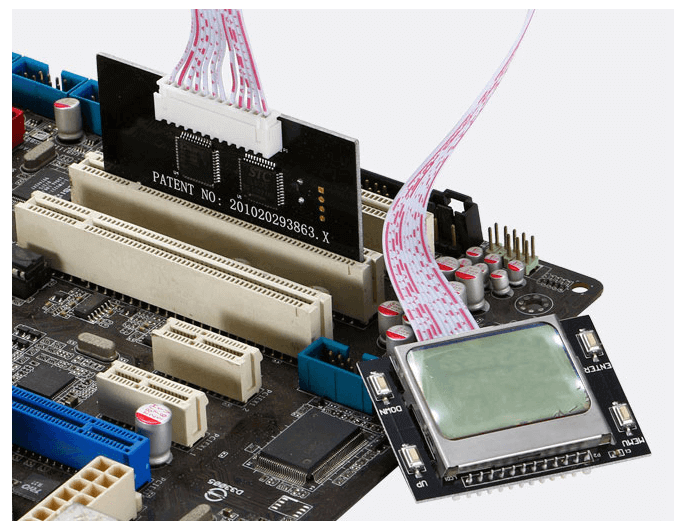 However, some POST test cards only have LED display only shows numbers which needs users to refer to the manual for detailed problem. 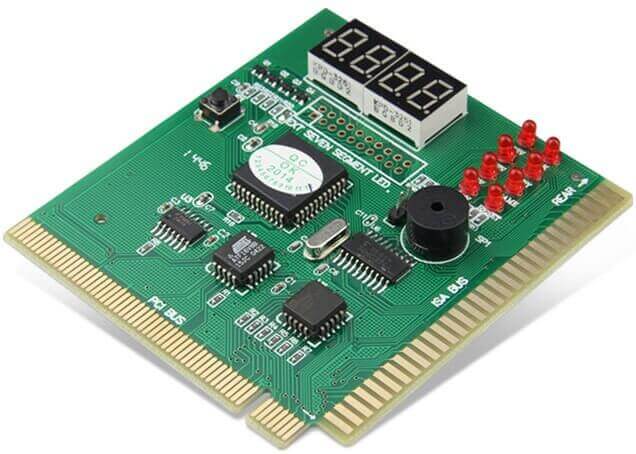 How to Maintain PC?

Intelligent Automatically analyze the data differences between the source files and the backup files and save disk space by backing up incremental/differential data.

Convenient Support VSS, allowing to freely view web pages during the backup of the operating system. 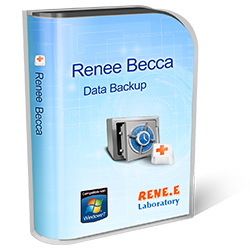 John Weaver : Windows password is set an expiration time. Users may forget the frequently changed login password. But what should...