Reasons of Formatting a New SSD

The Considerations and Suggestions of Formatting a New SSD

How to Format a New SSD

The Reason of Formatting a New SSD

Formatting an SSD generally refers to advanced format for an SSD. Advanced format aims to divide the basic storage unit – cluster for each partition of the hard disk. Different operating systems have various format procedures, results and ways of dividing cluster. In brief, no matter what storage device it is, only when it is formatted can we store files on it.

Besides, formatting a new SSD will thoroughly bring the best performance and convenient for users to use the operating system.

The Considerations and Suggestions of Formatting a New SSD

Before formatting a new SSD, getting more about things we need to pay attention to will be helpful.

MBR known as Master Boot Record is a traditional partition scheme and only supports four partitions. If you need more partitions, you will need to make one of the primary partition as an extended partition and create logical partition in it. Besides, MBR works with disks up to 2TB in size.

GPT, also known as Globally Unique Identifier Partition Table or GUID partition table, is a new type of partition scheme. GPT supports up to 128 partitions and there’s no need to create extended partitions. Besides, GPT keeps the backup data of partition table at the end of the disk and also saves the CRC for testing the integrity of the data, which ensures the data recovery.
Here are 3 suggestions concerning how to choose partition scheme:

How to Choose a File System (FAT, NTFS, APFS or Mac OS Extension)

After choosing MBR or GPT partition, we need to choose the file system. FAT and NTFS are developed by Microsoft. APFS and Mac OS Extension are dedicated for Apple use only.
After learning about the partition scheme and file system, we could begin to format the newly installed SSDs in Windows 7/10 and Mac OS.

How to Format a New SSD

The new SSD requires partitioning and 4K alignment at first and then clone the data to the newly installed SSD, which is so complicated. In fact, you only need one tool and use it to complete this tedious task by a few simple steps. It is recommended to use Renee Becca.

Free TrialFree TrialNow 2000 people have downloaded!
Step 1: Launch Renee Becca and click “System Migration” in “Clone” function.
Tips: Please backup the system before migration or format the system disk after assuring the SSD can boot the computer as usual. 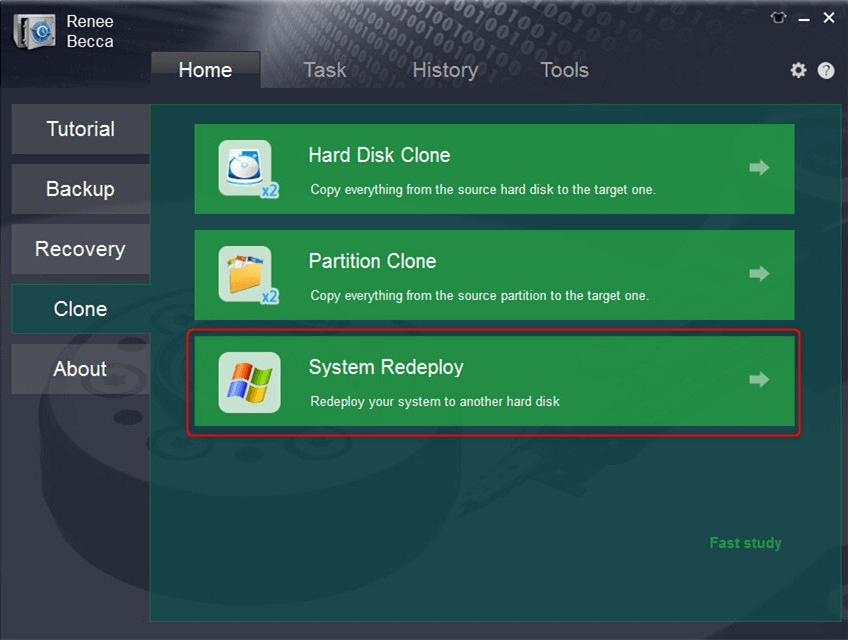 Step 2: Select the new SSD you prepare for the migration. 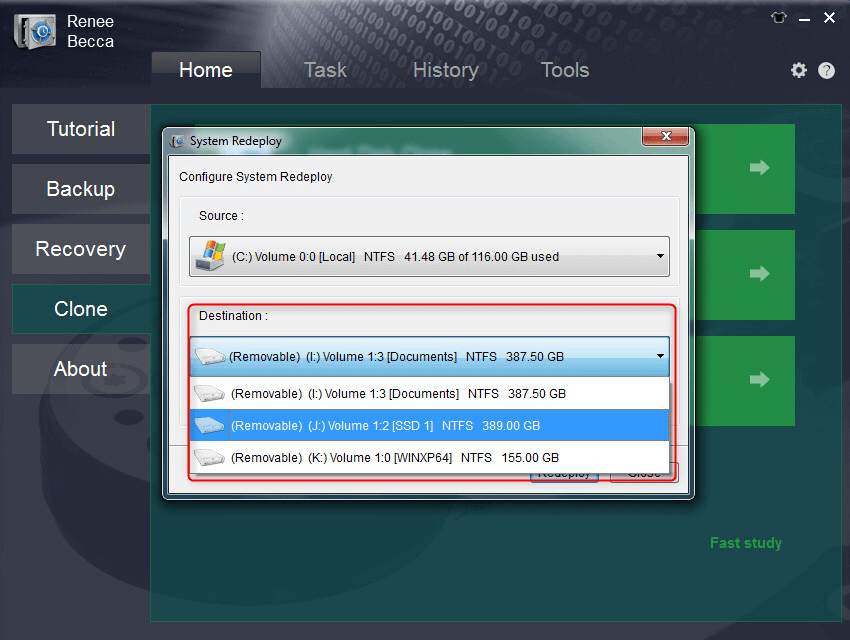 Step 3: After the migration finished, you can start your computer with the new SSD.
① Please choose the SSD to be the first disk to boot in BIOS. After computer succeeded to boot from SSD, format the original system disk to make use of the disk space.
② You can take off the HDD first and then start the PC from SSD. After start, please connect the HDD to computer for format.

Step 1: Type “compmgmt.msc” in the search box to open “Computer Management“. Or you could right-click on “This PC” icon on the desktop and then select “Manage”.

Step 2: After “Computer Management” pops up, click “Disk Management”. Then right-click on the new SSD drive labeled as uninitialized and select “Initialize the hard drive”. 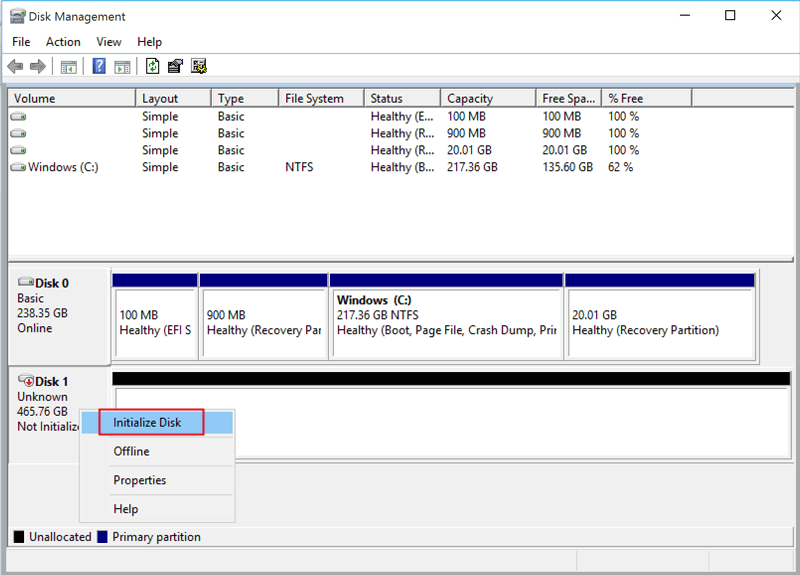 Step 3: Select the partition style MBR or GPT and then click “OK”.
How to choose the appropriate partition table? Please refer to the suggestions for selecting a partition scheme. 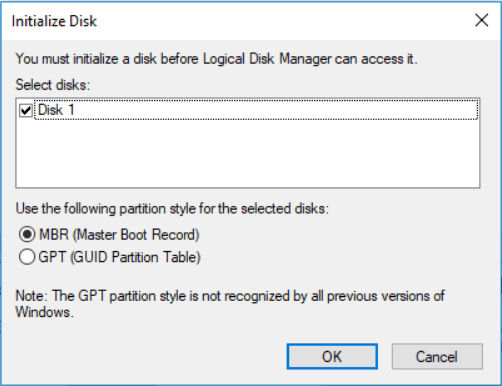 Step 4: Once the disk is initialized, the status of the disk will change to “online”. Right click the unallocated space and select “New Simple Volume”. Then go on to the next step. 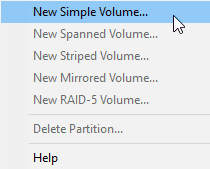 Step 5: In the New Simple Volume Wizard, set the partition size and click “Next”. 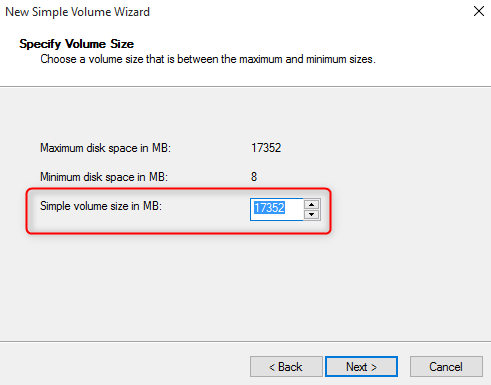 Step 6: Assign the drive letter for the partition and click “Next”. 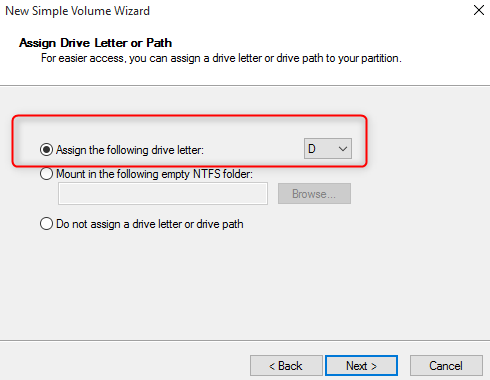 Step 7: Select the file system as NTFS and choose the default value for “Allocation unit size”. Then type the partition name in the “Volume label” and check the box “Perform Quick Format”. Click “Next”. Finally, click “Finish”. 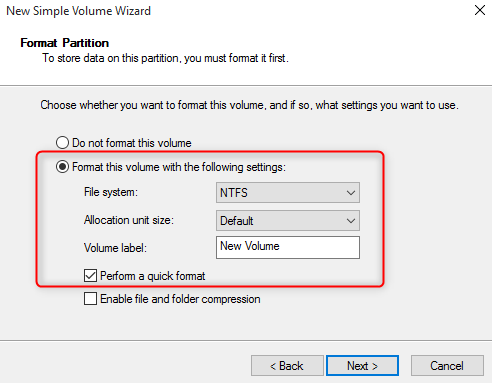 3. Format a New SSD in macOS 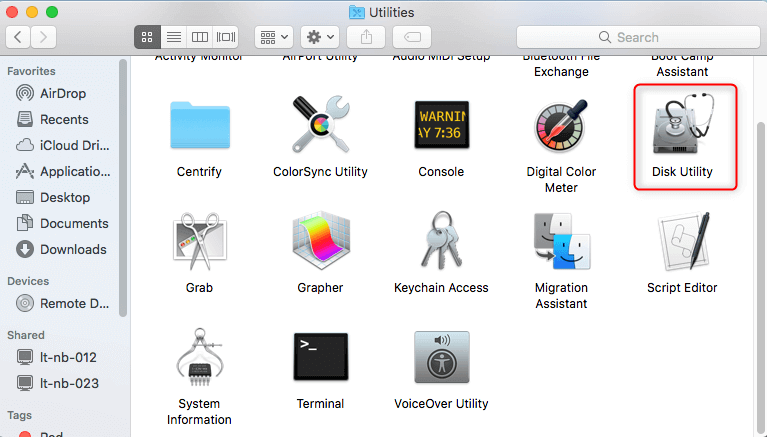 Step 2: Select the new disk in the left pane and click the “Partition” tab in the right pane.

Select “one partition” from the drop-down menu of “Partition Layout”. 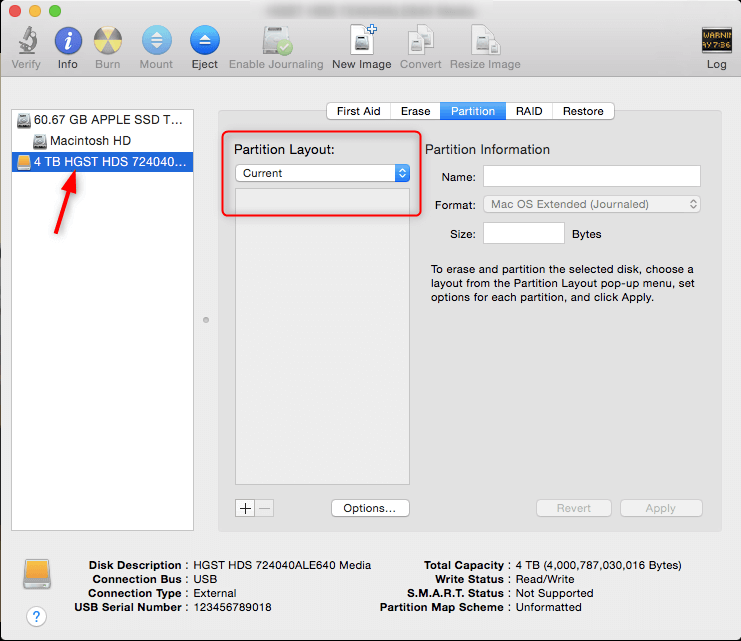 Step 3: When a window pops up, select “GUID Partition Table” and click “OK”. 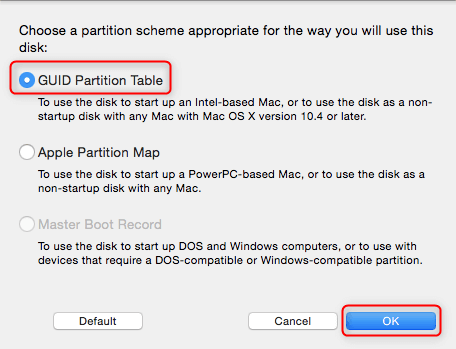 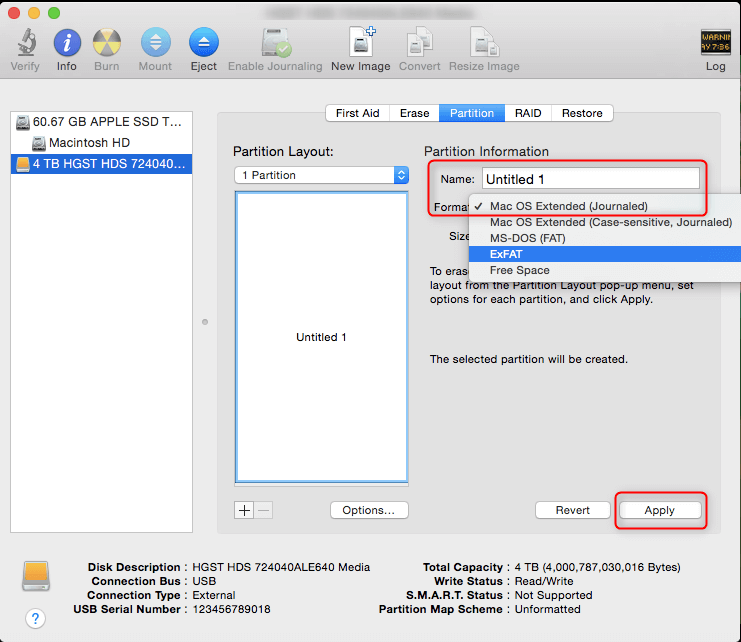 Step 5: Finally, click “Partition”. It will start partitioning and formatting the SSD.

How Much Space does Windows 10 Take Up in Disk

John Weaver : How much space does Windows 10 take up in the system disk? This topic is followed by many...

John Weaver : In the daily use of Windows 8 or Windows 8.1, malfunction, poor performance or fail to start of...